WASHINGTON, Oct. 2 (CGTN) - U.S. President Donald Trump will stay at a military hospital for the next few days after testing positive for COVID-19 as his administration and election campaign scrambled to adjust to an extraordinary twist in his turbulent presidency, the White House said in a statement released on Friday.

"Out of an abundance of caution, and at the recommendation of his physician and medical experts, the President will be working from the presidential offices at Walter Reed for the next few days," said White House Press Secretary Kayleigh McEnany said, noting Trump has mild symptoms and remains in good spirits.

"President Trump appreciates the outpouring of support for both he and the First Lady," the press secretary added.

Trump was seen walked slowly from the White House to a waiting helicopter to be taken to Walter Reed National Military Medical Center in Bethesda, Maryland roughly 17 hours after he announced that he had tested positive for the coronavirus. He wore a mask and business suit, and he did not speak to reporters.

"I think I'm doing very well, but we're going to make sure that things work out," Trump said in a brief video posted to Twitter. 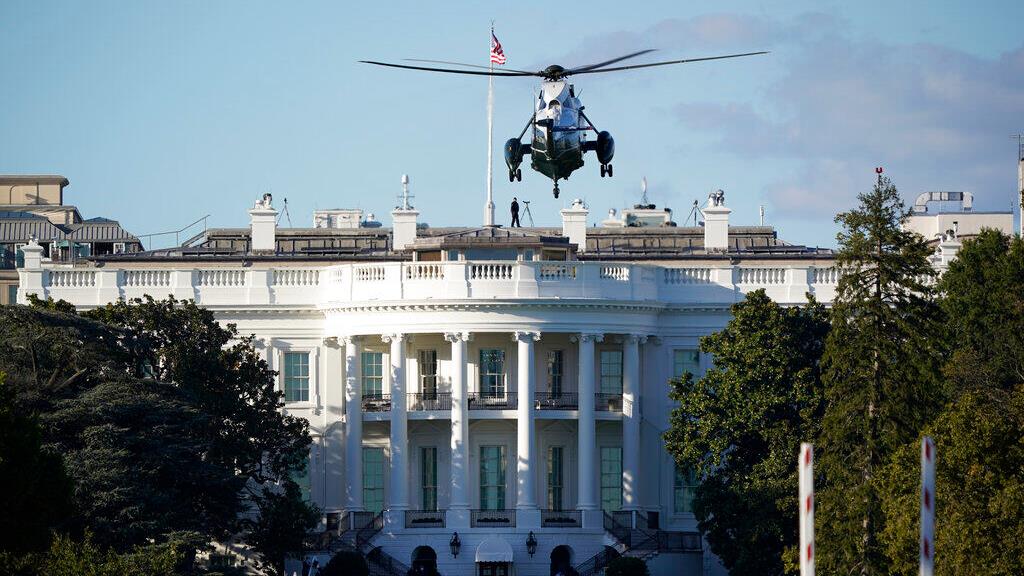