“He sincerely hoped that they would recover as soon as possible. He hoped they will surely overcome it," the Korean Central News Agency reported. “He sent warm greetings to them.”

Trump said Friday he and his wife had tested positive for the coronavirus, and leaders across the world have sent messages of goodwill to the couple.

Kim and Trump once exchanged threats of total destruction and crude insults after North Korea in 2017 carried out a series of high-profile weapons tests aimed at acquiring an ability to launch nuclear strikes on the US. Trump had said he would rain “fire and fury” on North Korea and derided Kim as “little rocket man” on a suicide mission, while Kim responded he would “tame the mentally deranged US dotard with fire.”

But they stopped such rhetoric and instead developed personal relationships after Kim abruptly reached out to Trump in 2018 for talks on the fate of his advancing nuclear arsenal.

They met three times, starting with a summit in Singapore in June 2018 that made Trump the first sitting US president to meet a North Korea leader since the end of the 1950 to 1953 Korean War. But their meetings made little headway since their second summit in Vietnam ended without any deal following disputes over US-led sanctions on North Korea.

Before their nuclear talks entered a stalemate, Trump said that he and Kim “fell in love.”

According to journalist Bob Woodward’s recently published book “Rage,” Kim, in a letter to Trump, called the US president “your excellency” and said he believed the “deep and special friendship between us will work as a magical force.”

Some observers said Trump’s coronavirus diagnosis would quell speculation that the two leaders could have planned an “October surprise” in arranging their fourth meeting ahead of the US presidential election in November.

Despite the deadlocked talks, Kim hasn’t lifted his self-imposed moratorium on nuclear and long-range missile tests in an apparent effort to keep chances for diplomacy alive. North Korea's economy is believed to have worsened due to the sanctions and the pandemic that forced it to close its border with China, its biggest trading partner, in January.

North Korea has said there hasn’t been a single virus outbreak on its soil, a claim widely disputed by foreign experts 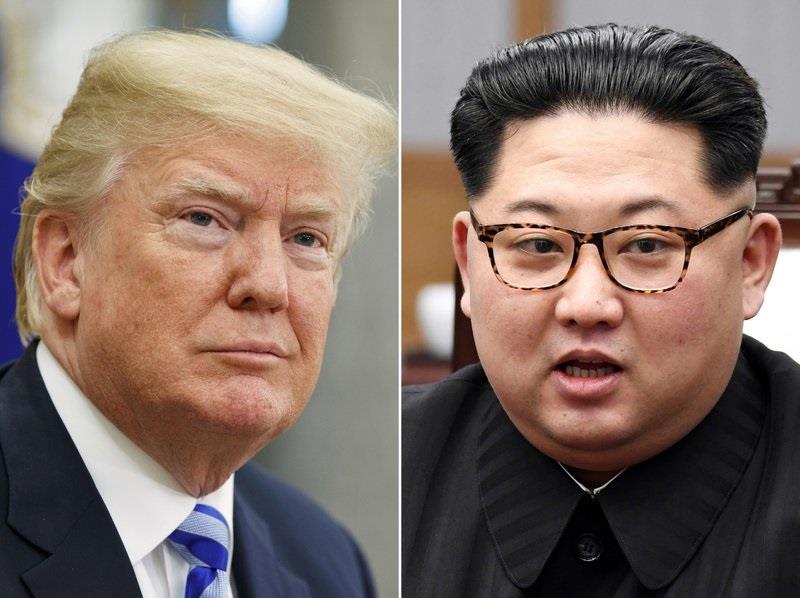