Trump Criticised for Leaving Hospital to Greet Supporters in Motorcade

WASHINGTON, Oct. 4 (CNA) - US President Donald Trump briefly left the military hospital where he is being treated for COVID-19 in a motorcade on Sunday (Oct 4) to wave to supporters gathered outside, sparking criticism from the medical community that he was putting others at risk.

Trump was captured on video waving from the back seat of a black SUV Sunday evening, wearing a mask, as crowds cheered and waved American flags and pro-Trump banners outside Walter Reed National Military Medical Center in the Washington suburb of Bethesda, Maryland.

Two people could be seen in the vehicle's front seats.

Patients who test positive for COVID-19 are generally required to quarantine for 14 days, the typical incubation period for the coronavirus to avoid infecting others. The disease has killed more than 200,000 Americans.

Trump tested positive on Thursday and did not disclose his infection until the early hours of Friday morning.

Shortly before the brief ride, Trump posted a video on Twitter saying he would "pay a little surprise to the some of the great patriots we have out on the street".

Trump also said in the video that he "learned a lot about COVID" by "really going to school," as he has battled the virus in hospital.

"This is the real school. This isn't the 'let's read the books school,' and I get it, and I understand it, and it's a very interesting thing," he added. 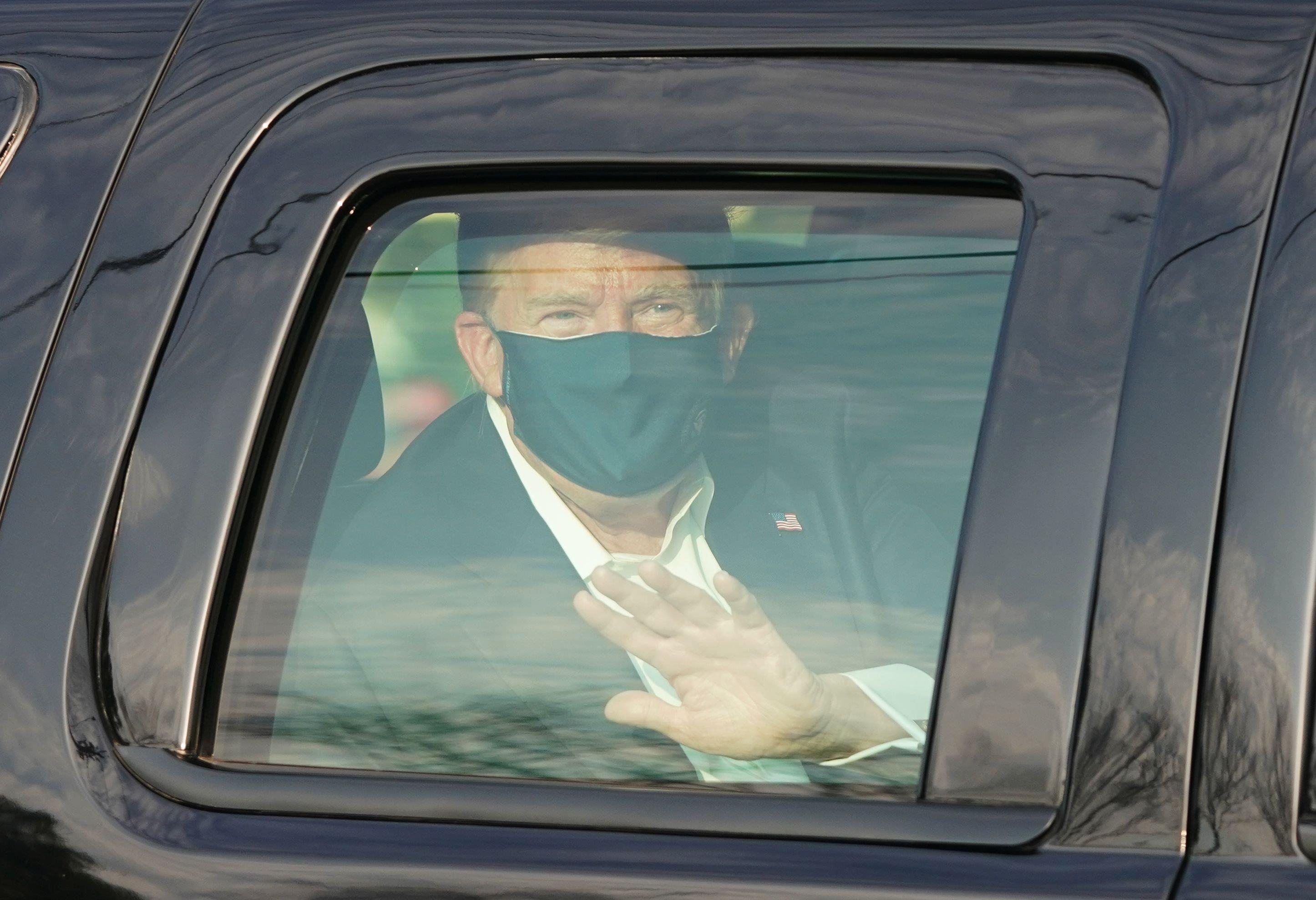