WASHINGTON, Oct. 4 (The Hill) - Democratic nominee Joe Biden’s lead over President Trump in the presidential race has grown to 10 points, according to a poll taken after Trump tested positive for the coronavirus.

Fifty-one percent of respondents now back Biden, compared with 41 percent who support the president, according to the Reuters-Ipsos poll released Sunday. Four percent are backing a third-party candidate, while another 4 percent are undecided.

The survey also found continued disapproval of the president’s response to the coronavirus pandemic, including his own diagnosis with the virus, first announced in the early hours of Friday. Fifty-seven percent of Americans disapprove of his response to the pandemic, an increase of 3 points from last week.

About 65 percent of respondents said they agree that “if President Trump had taken coronavirus more seriously, he probably would not have been infected,” including 90 percent of Democrats and 50 percent of Republicans. The president frequently held and attended large events without a mask ahead of his diagnosis, and during the presidential debate Tuesday, he mocked Biden for wearing a mask. After the announcement that he had tested positive, the president was flown to Walter Reed National Military Medical Center on Friday.

Only 34 percent of respondents in the new survey said they believe the president has been telling the public the truth about the virus, compared with 55 percent who said he is not and 11 percent who are not sure.

The poll also found broad support for scaling back the presidential campaigns to reduce infections, with 67 percent supporting a halt to in-person campaigning and 59 percent in favor of delaying the presidential debates until Trump recovers. The next debate is scheduled for Oct. 15.

The poll was conducted among 1,005 U.S. adults, including 596 likely voters, between Oct. 2 and Oct. 3. It has a 5 percentage point precision limit. 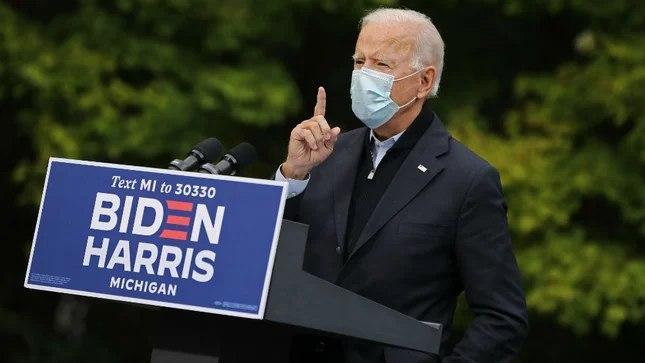