WASHINGTON, Oct. 8 (Reuters) - President Donald Trump's physician said on Thursday (Oct 8) that Trump had completed his course of therapy for the coronavirus, has remained stable since returning to the White House and could return to public engagements on Saturday.

Dr Sean Conley said in a memo released by the White House that Trump had responded "extremely well" to treatment without any evidence of adverse effects.

Trump was hospitalised last Friday after he announced he had contracted the coronavirus. He returned to the White House on Monday.

Since returning home, his physical exam has remained stable and devoid of any indications to suggest progression of illness," Conley wrote.

"Saturday will be day 10 since Thursday's diagnosis, and based on the trajectory of advanced diagnostics the team has been conducting, I fully anticipate the President's safe return to public engagements at that time."

Trump, confined to the White House with the illness that he has sought to play down, has been itching to return to the campaign trail as he trails Democratic candidate Joe Biden in national polls ahead of the Nov 3 election.

The president has been criticised both for his administration's handling of the pandemic and for his response to his own diagnosis.

Earlier on Thursday, Trump said did not believe he was contagious and was feeling good enough to resume campaign rallies.

Trump has held such rallies indoors and outdoors with thousands of people, many of whom do not wear masks, against the advice of public health professionals.

"I'd love to do a rally tonight. I wanted to do one last night," Trump told Fox Business Network, adding that "if I'm at a rally, I stand by myself very far away from everybody".

The White House has declined to say when Trump last tested negative for the coronavirus.

The president's positive test sidelined him from in-person events that have been the lifeblood of his campaign.

Trump pulled out of a second debate with Biden after the Commission on Presidential Debates announced that the Oct 15 event would be held in a virtual format, with the candidates in separate locations, to ensure it could go forward whether or not Trump remained virus-free.

"I'm feeling good, really good," Trump said in the Fox interview. Trump said he had stopped taking "most therapeutics" for the virus but was still on steroids.

With layoffs in key sectors increasing doubts about the fragile economic recovery, Trump said he called off negotiations with Congress for a fresh round of stimulus for the ailing economy because they were not going anywhere.

But he said some discussions are ongoing with Democrats about boosting support for US airlines and providing Americans with US$1,200 stimulus cheques.

Trump has faced criticism for underestimating the coronavirus, which has killed more than 210,000 Americans and thrown millions out of work. Even since revealing his own illness last Friday, Trump has played down the respiratory disease's dangers and has been censured by social media platforms for spreading misinformation about it.

"I think this was a blessing from God that I caught it. This was a blessing in disguise," Trump said in the video posted to his Twitter account on Wednesday, adding that his use of an experimental medication from Regeneron Pharmaceuticals had allowed him to experience first-hand how effective it could be.

He said he would make the treatment available free of charge, but did not say how he would do that or who would pay the cost of the treatments. The United States is reporting more than 44,000 new infections each day.

The Fox Business Network interview was conducted over the phone. Other than videos released on his Twitter account, Trump has not been seen in public since he arrived back at the White House from the hospital on Monday night. 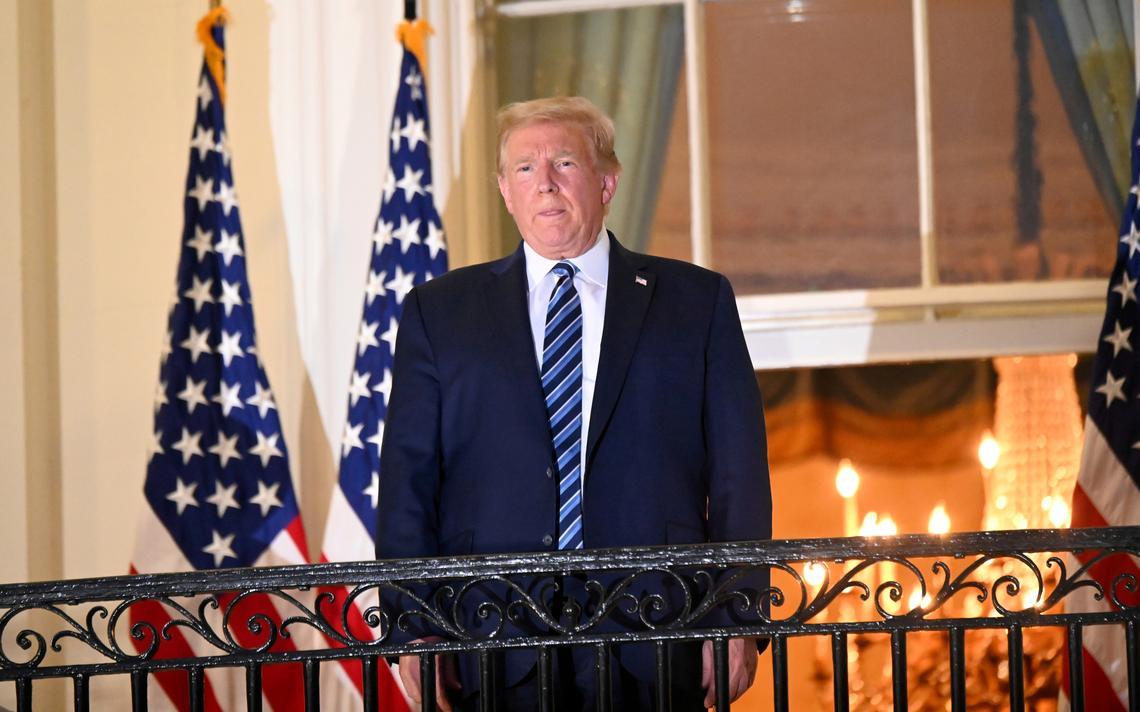