MOSCOW, Oct. 9 (CGTN) - The foreign ministers of Azerbaijan and Armenia have been invited to take part in talks in Moscow on Friday, the Kremlin cited Russian President Vladimir Putin as saying, in a bid to ease tensions between the two neighbors.

"Following a series of telephone discussions between the President of Azerbaijan Ilham Aliyev and the Prime Minister of Armenia Nikol Pashinyan, the President of Russia calls for a halt to military actions in the Nagorno-Karabakh conflict," the statement added.

"In order to hold consultations on those issues, mediated by the Russian foreign minister, the foreign ministers of Azerbaijan and Armenia are invited to Moscow on October 9," it said.

Armenia and Azerbaijan, both part of the former Soviet Union, have been at loggerheads over the mountainous region of Nagorno-Karabakh since 1988. Peace talks have been held since 1994 when a ceasefire was reached, but there have been occasional minor clashes.

A new round of armed conflict broke out on September 27 along the contact line of the Nagorno-Karabakh region. The clashes, which are still going on, have reportedly caused heavy casualties and equipment loss.

The Azeri president has said his country will hold talks with Armenia only after the acute phase of military conflict ends, and wants Turkey involved in mediation.

He also wants Armenia to set a timetable for a withdrawal from Nagorno-Karabakh and surrounding Azeri territories.

Armenia's ceasefire conditions are Turkey discontinuing its engagement and the withdrawal of mercenaries and terrorists or their elimination, according to the Armenian prime minister's press service. 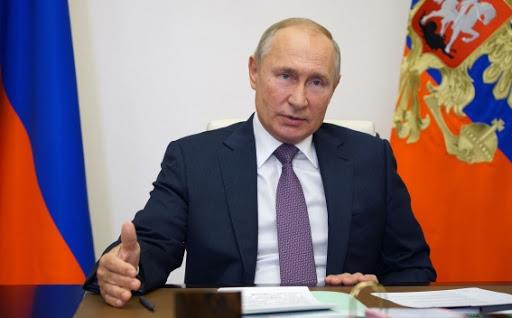