Bangladesh to Execute Rapists after Protests

DHAKA, Oct. 13 (AFP) - Bangladesh on Monday (Oct 12) introduced the death penalty for rape after days of protests sparked by a string of sexual assaults, the government said.

Demonstrations have broken out across the country after harrowing footage of a group of men stripping and attacking a woman went viral on social media.

The clip sparked outrage in the South Asian country, where activists say only a tiny percentage of sexual assault victims see justice.

Prime Minister Sheikh Hasina was also facing an internal outcry within the ruling party's ranks over her perceived inaction, before her government approved the capital punishment proposal at a meeting in Dhaka.

Justice minister Anisul Huq told AFP the law would be put into effect by the president on Tuesday.

Previously the maximum punishment for rape was life imprisonment.

National anger over the issue has been simmering since last month, when members of the ruling party's student wing were arrested and charged in a separate gang rape case.

Protesters in the capital Dhaka and elsewhere have demanded stiffer punishments for rape, faster trials for rapists and an end to what they see as a culture of impunity.

Some have also called for Hasina's resignation, an unusual show of public defiance in a country where open criticism of the premier has become increasingly rare.

Rallies continued on Monday in central Dhaka despite heavy monsoon rains, with hundreds of people condemning the recent arrest of student leaders by authorities attempting to suppress the protests.

Bangladesh has hanged 23 people since 2013 while at least another 1,718 are on death row, according to a local rights group. 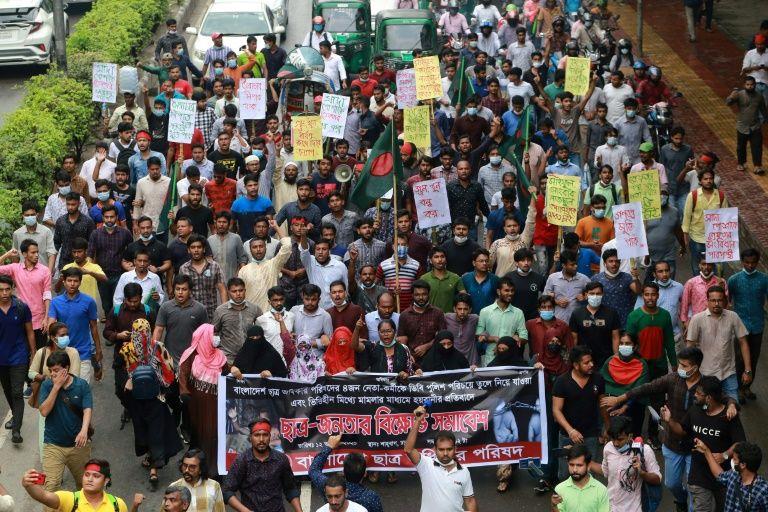