WASHINGTON, Oct. 12 (Sputnik) - US President Donald Trump says Iran will be eager to make a new deal with the US if he wins the November election.

At the end of last month, US Secretary of State Mike Pompeo said he hoped Washington would continue with its current policy on Iran regardless of the outcome of the November presidential election.

"I withdrew from the last administration’s disastrous nuclear deal", Trump said at the Monday campaign rally in Sanford, Florida, adding "Probably the first call I’ll get after we win the election will be from Iran dying to make a deal because they are down 28 percent GDP".

Pompeo has claimed that EU countries such as France, Germany and the United Kingdom were satisfied with the US policy on Iran even if they do not want to publicly admit it.

Speaking to his supporters in Dayton, Ohio in September, Trump said that the US wants Iran to be a strong country but does not want it to have nuclear weapons.

The United States has imposed a broad array of sanctions on banks, oil and other sectors of Iran's economy following the Trump administration's 2018 withdrawal from a multinational nuclear agreement with Tehran.

Pompeo said in September that the US would continue its "maximum pressure campaign" against Iran until a comprehensive agreement is reached. Last year, the US state secretary also said Tehran should change fundamentally its behaviour or "it can watch its economy collapse". 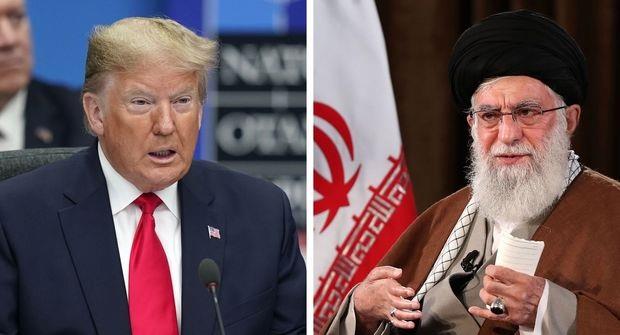