The visit was the latest by Kim to typhoon-hit areas of the country after he had promised this week to build at least 25,000 homes over the next five years as citizens begin an 80-day campaign to achieve economic goals.

The state newspaper Rodong Sinmun featured Kim's tour of newly built dwellings in the eastern areas of Sinpho City and Hongwon County on the front page on Thursday, displaying the leader smiling in front of lines of houses with red and cyan roofs and white walls.

The houses were built by members of the military and the ruling Workers' Party.

"He said that they built the houses flawlessly as well as professional builders, noting with great satisfaction that those houses are a crystal of the loyalty of Party members," KCNA said.

North Korea was hit by "disastrous meteorological phenomena" this summer with heavy rains and typhoons, bringing the second highest rainfall in the past 25 years. The storms had paralysed the transportation system and destroyed thousands of houses. 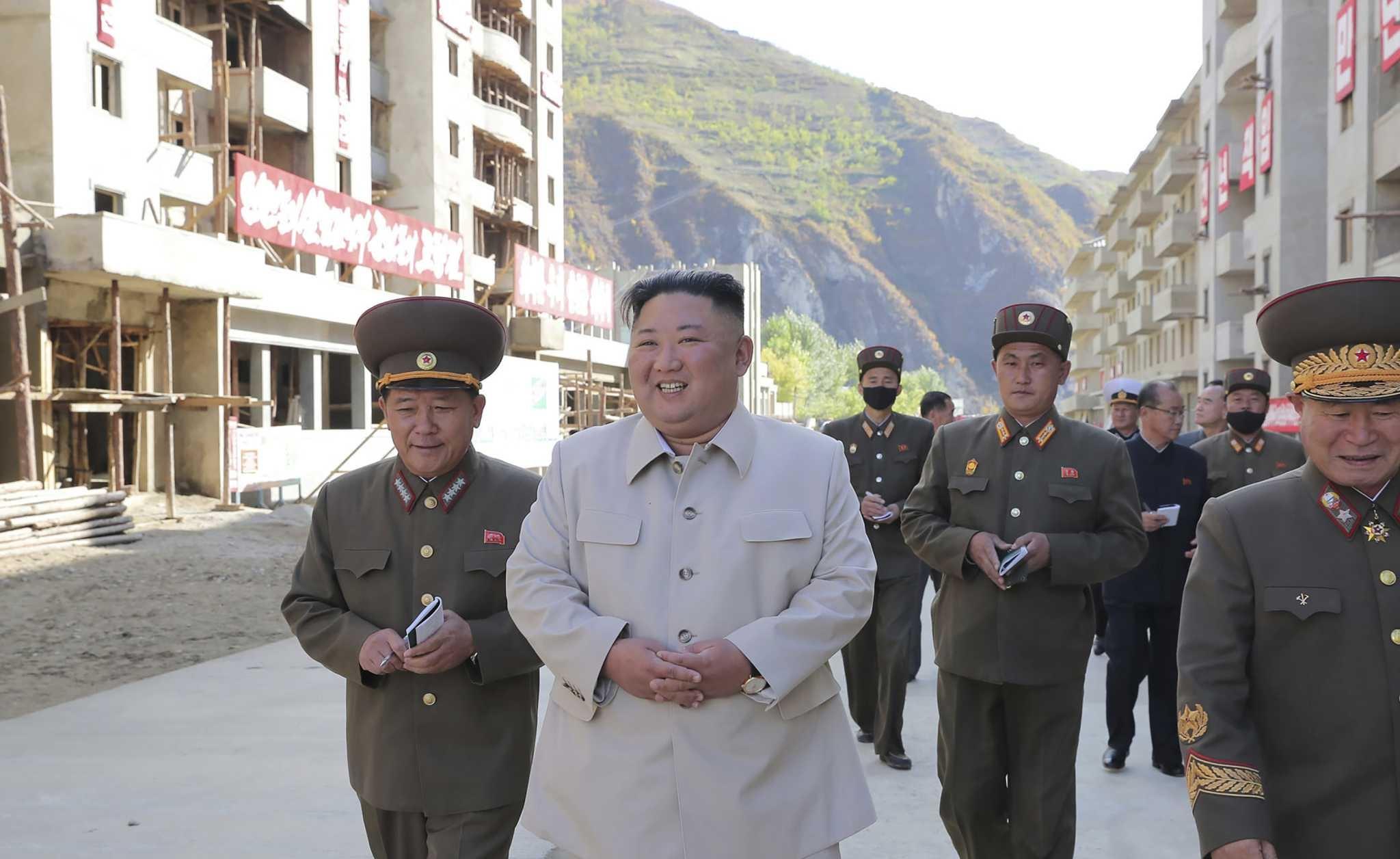