GANJA, Oct. 17 (CGTN) - A missile strike leveled several homes in Azerbaijan's second city of Ganja on Saturday, hours after a shelling attack on Stepanakert, marking a new escalation in the three-week conflict between ethnic Armenians and Azerbaijanis over the Nagorno-Karabakh region.

The missile struck in the early hours of Saturday while most residents were asleep. One resident said he saw seven victims pulled out of the rubble.

Hikmat Hajiyev, an assistant to Azerbaijan President Ilham Aliyev, tweeted that according to "initial information, more than 20 houses were destroyed."

In recent days, fighting continues between Armenian and Azerbaijani forces with both sides accusing each other of launching new attacks, which defied hopes of ending nearly three weeks of fighting over the disputed region.

The worst outbreak of violence in the South Caucasus since Armenia and Azerbaijan went to war over the region in the 1990s, the fighting risks creating a humanitarian disaster, especially if it draws in Russia and Turkey.

Nagorno-Karabakh is internationally recognized as part of Azerbaijan but populated and governed by ethnic Armenians.

Turkey has increased military exports sixfold this year to its close ally Azerbaijan. Russia is close to both sides but has a defense pact with Armenia. News agency RIA reported the Russian navy had started planned military exercises in the Caspian Sea. 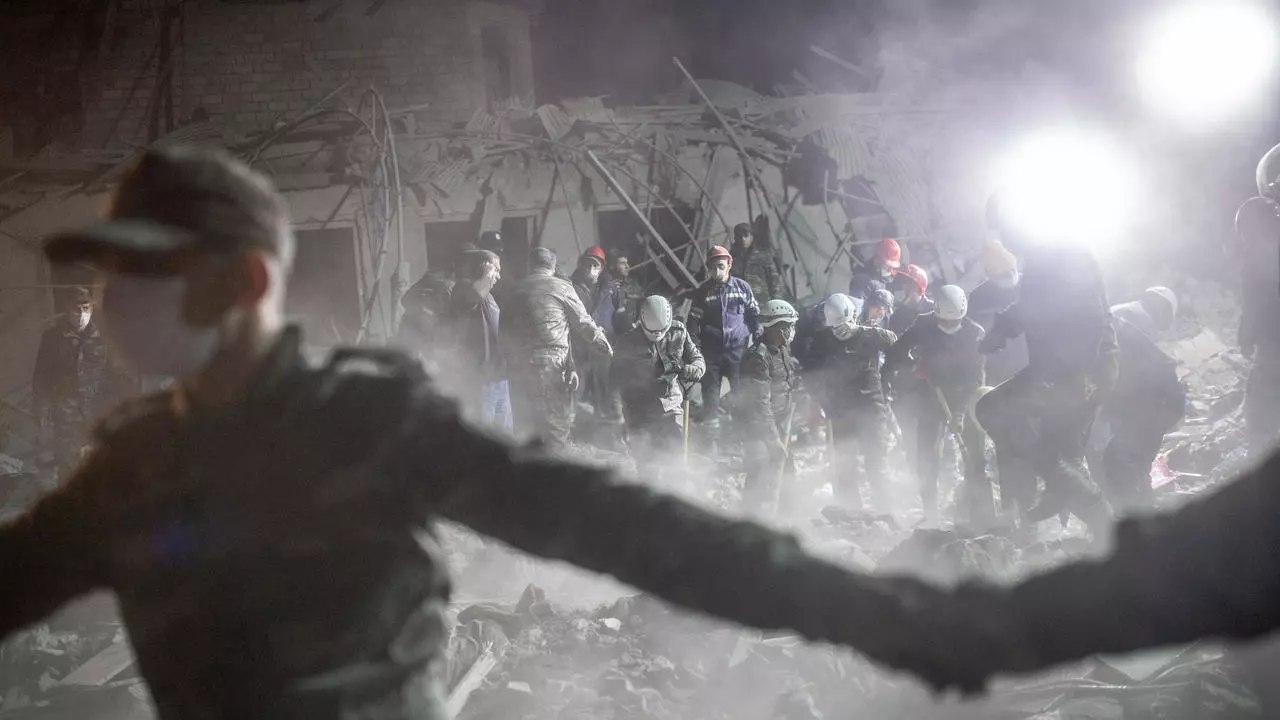