MANAMA, Oct. 18 (CGTN) - Bahrain and Israel signed a joint communique to formalize their ties during a visit by an Israeli and U.S. delegation to Manama on Sunday to broaden a cooperation that Washington has promoted as an anti-Iran bulwark with potential economic bonanza.

Bahrain followed the United Arab Emirates in agreeing last month to normalize ties with Israel, stunning Palestinians who had demanded statehood before any such regional rapprochement.

The breakthrough, overseen by U.S. President Donald Trump, is a foreign policy flourish ahead of his bid for re-election next month. For the U.S. allies, it is a chance to close ranks on Iran more overtly.

Al-Zayani said engagement and cooperation were the most effective and sustainable way of bringing about genuine and lasting peace in the region, and said his country supported resolving the Israeli-Palestinian conflict through dialogue.

Israel and Bahrain, host to the U.S. Navy's Fifth Fleet, signed a "Declaration of Peace, Cooperation, and Constructive Diplomatic and Friendly Relations" at a White House ceremony on September 15, a document that fell short of a formal treaty.

The accord has drawn anger among Bahrainis at home and abroad. The government of Bahrain, where a Sunni Muslim minority rules a Shi'ite majority population, has said the deal protects its interests from Iran.

Mnuchin described the accord as an important step in regional stability and "just the beginning of the work that is going forward."

"I think the opportunity is way beyond just investments," Mnuchin earlier told reporters on the El Al flight. "It's in technology, building various different businesses - and in the case of Bahrain as well, really expanding the opportunities for them quite, quite, quite dramatically." 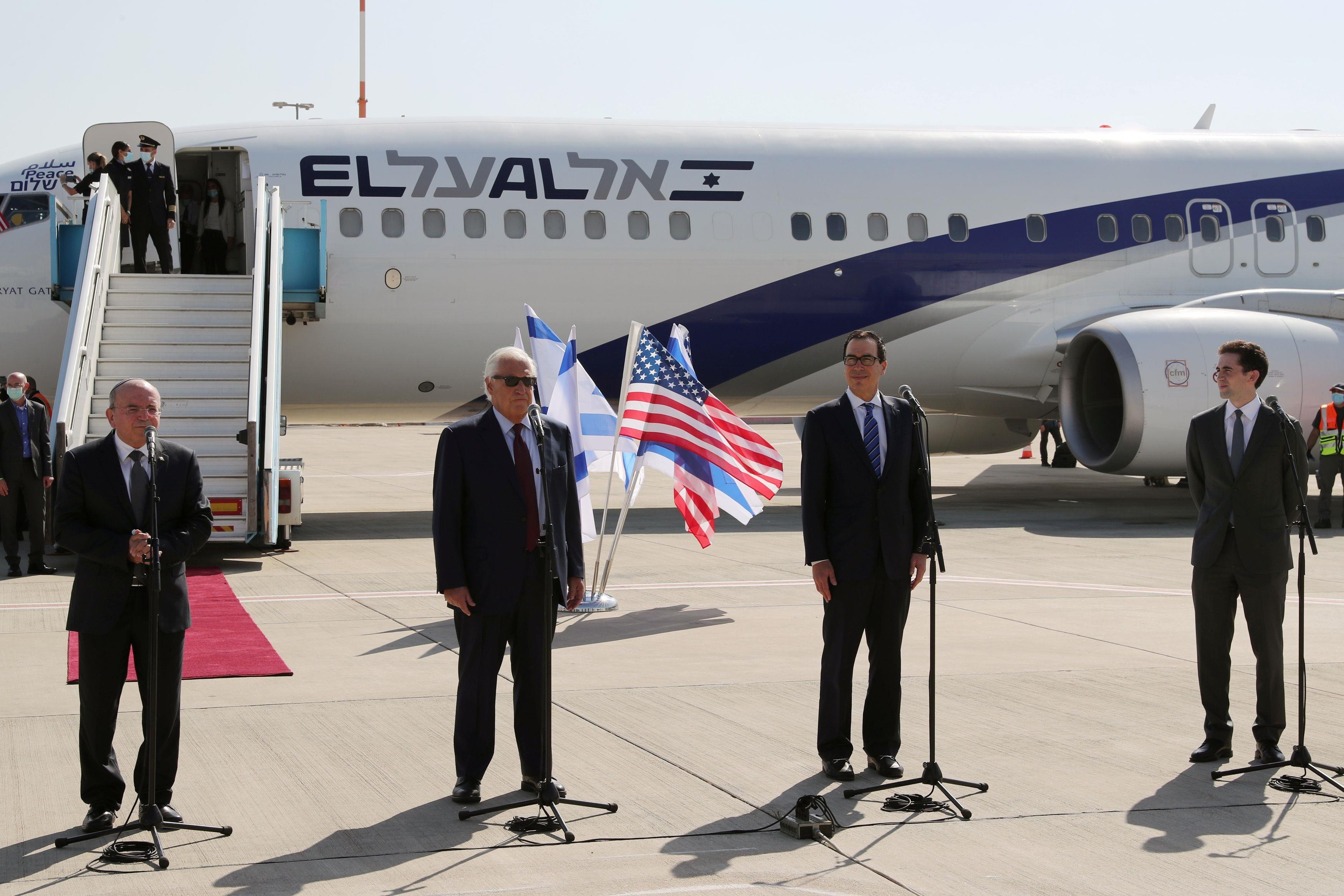