HANOI, Oct. 19 (Xinhua) -- The bodies of all 22 military personnel who were buried by a landslide in central Vietnam's Quang Tri Province have been found, Vietnam News Agency reported on Monday.

Early on Sunday, their base in the province's mountainous Huong Hoa District was engulfed by a landslide caused by continuous downpours in the region.

The accident marked the second time in the past few days that military personnel suffered from landslides.

Last week, the bodies of 13 officers and soldiers were found after being hit by a landslide in the central province of Thua Thien-Hue. They had been dispatched to rescue workers at a hydropower plant who were also trapped by a landslide.

Heavy rains are expected to stay in central Vietnam until Wednesday, with rainfall expected to be over 600 mm in some areas, generating high risks of more floods, flash floods and inundation, according to the country's Central Steering Committee for Natural Disaster Prevention and Control on Monday. 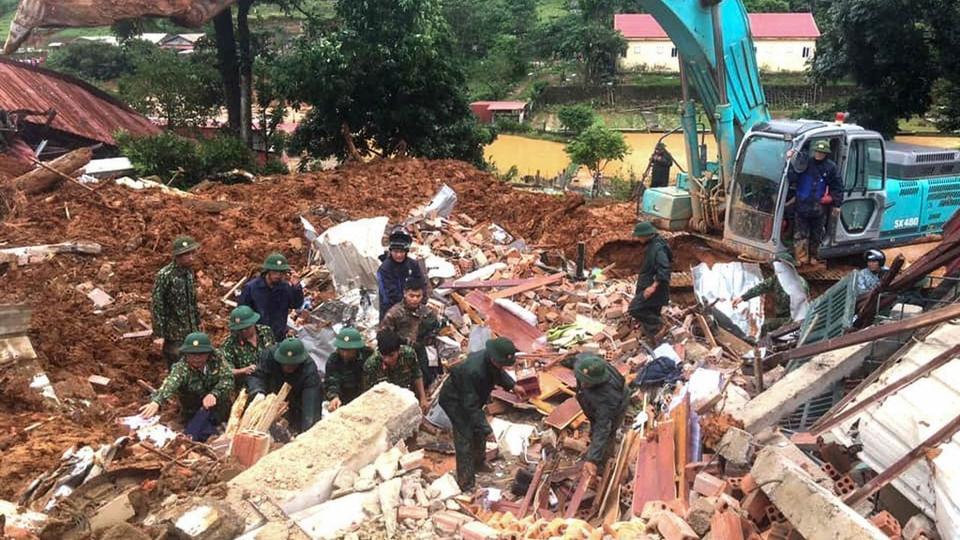