Trump Says He Will Delist Sudan as Sponsor of Terror

WASHINGTON, Oct. 19 (CNA) - President Donald Trump said on Monday (Oct 19) he was ready to remove Sudan from a US blacklist of state sponsors of terrorism, a landmark boost for the civilian-backed government as it turns the page on the nation's decades as an international pariah.

Trump said that Sudan, which has sought the delisting for years, had agreed to a US$335 million compensation package for victims and relatives of past attacks.

"At long last, JUSTICE for the American people and BIG step for Sudan!" Trump wrote on Twitter, vowing to delist Sudan as soon as the compensation is "deposited."

Sudan is one of four nations branded by Washington as a state sponsor of terrorism, along with Iran, North Korea and Syria - severely impeding economic development, with few major foreign investors willing to run afoul of US laws.

Sudan was designated in 1993 during the rule of dictator Omar al-Bashir, who had welcomed Al-Qaeda founder Osama bin Laden as he imposed a brand of political Islamism on the country.

The conflict-ridden nation experienced a historic shift last year as Bashir was ousted in the face of youth-led street protests and a civilian-backed transitional government was later installed.

Trump's announcement marks "the strongest support to Sudan's transition to democracy and to the Sudanese people," said Prime Minister Abdalla Hamdok, a reform-minded economist and face of the government that will rule until 2022 elections.

"As we're about to get rid of the heaviest legacy of Sudan's previous, defunct regime, I should reiterate that we are peace-loving people and have never supported terrorism," he said on Twitter. 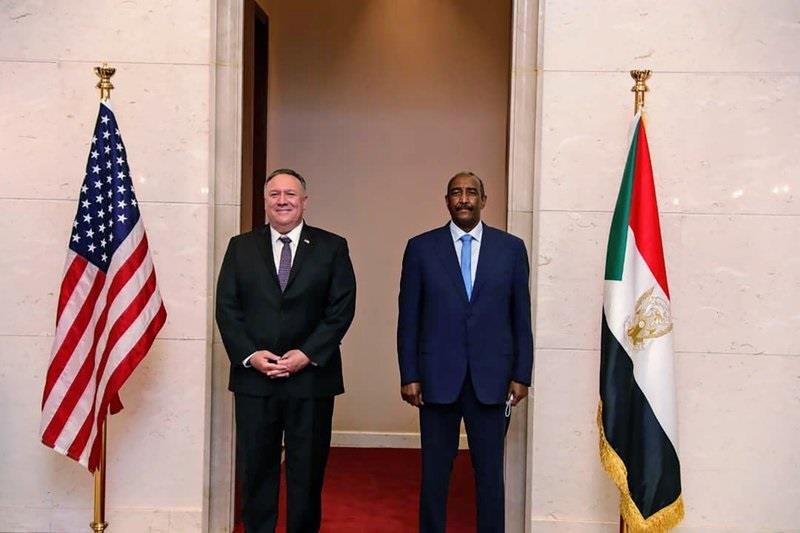