WASHINGTON, Oct. 19 (Sputnik) - To avoid another disorderly match-up between the two US presidential hopefuls, the Commission on Presidential Debates (CPD) will now mute the microphone of one candidate in order to allow the other to speak without interruption, it announced on Monday.

The CPD announced Monday that US President Donald Trump and Democratic presidential nominee Joe Biden would have their microphones turned off during their final debate on Thursday while the other candidate is speaking.

Each candidate will be given two uninterrupted minutes at the beginning of each topic to give their answer to the question before the other candidate’s microphone is unmuted to allow a back-and-forth exchange between them. The commission’s rules have always provided for this, but only in this election cycle have the candidates decided to totally ignore those rules.

The first and only debate thus far between the two nominees was not well received by viewers, many of whom slammed moderator Chris Wallace’s inability to keep the September 29 event on track.

While the upcoming debate was meant to be the third in the series, the tentative match-up is set to be the second and final time voters will see the two presidential hopefuls argue for their platforms before the November 3 election.

Trump and his campaign have been on the offensive in regard to the CPD’s handling of the debates. The US president refused to participate in a virtual debate on October 15 and even suggested that he and Biden organize debates without the nonprofit corporation, which receives funding from Democrats and Republicans.

The US president’s vocal opposition to the CPD may ultimately result in another cancellation. However, his campaign said on Monday evening that regardless of the last-minute rule changes, Trump was committed to debating Biden again before the election.

“As is the long-standing custom, and as has been promised by the Commission on Presidential Debates, we had expected that foreign policy would be the central focus of the October 22 debate. We urge you to recalibrate the topics and return to subjects which had already been confirmed,” said Trump 2020 Campaign Manager Bill Stepien in a letter penned to the commission.

He went on to claim the CPD lacks objectivity and has been engaging in “pro-Biden antics.”

Responding to what were then reports about the microphone change, Stepien argued “it is completely unacceptable for anyone to wield such power.”

"The campaigns and the Commission agreed months ago that the debate moderator would choose the topics,” retorted TJ Ducklo, Biden’s press secretary.

“The Trump campaign is lying about that now because Donald Trump is afraid to face more questions about his disastrous COVID response. As usual, the president is more concerned with the rules of a debate than he is getting a nation in crisis the help it needs."

The final, 90-minute debate will be split into six 15-minute segments. 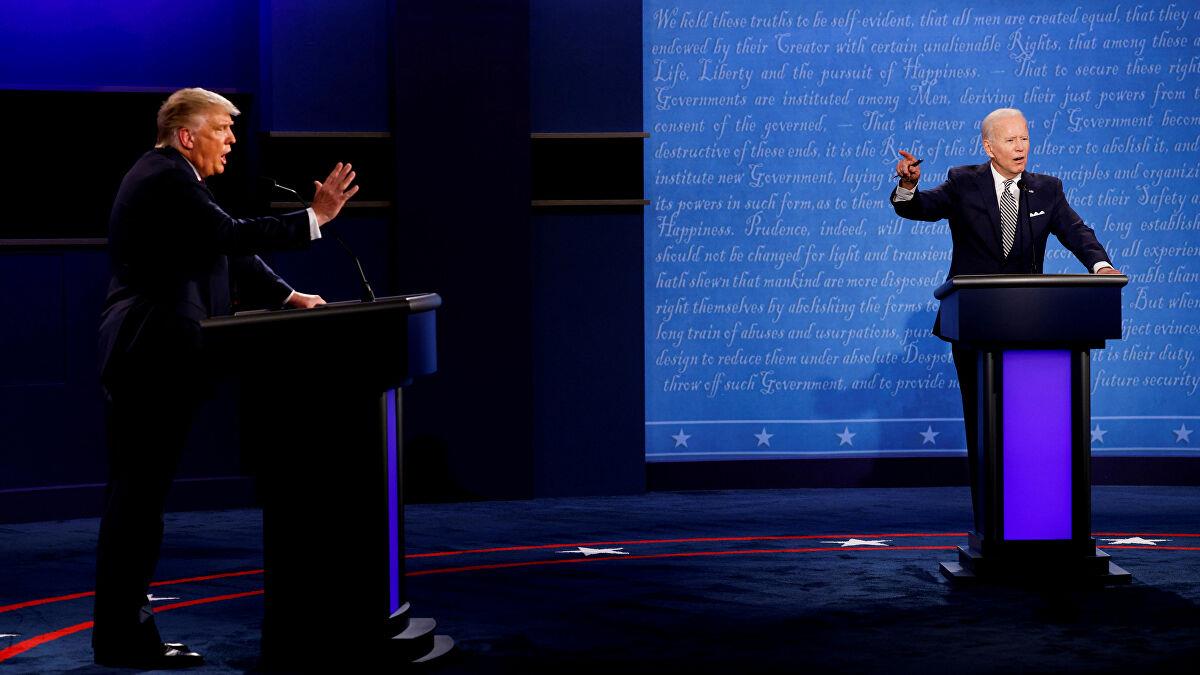