Duterte Says He Can be Held Responsible for Drug Killings

MANILA, Oct. 20 (AP) - The Philippine president said on Monday (Oct 19) he has no problem with being held responsible for the many killings under his anti-drugs crackdown, adding that he was ready to face charges that could land him in jail, though not charges of crimes against humanity.

President Rodrigo Duterte’s televised remarks on Monday night were among his clearest acknowledgement of the prospects that he could face a deluge of criminal charges for the bloody campaign he launched after taking office in mid-2016.

Nearly 6,000 killings of drug suspects have been reported by police but rights watchdogs suspect the death toll is far larger.

“If there’s killing there, I’m saying I’m the one ... you can hold me responsible for anything, any death that has occurred in the execution of the drug war,” Duterte said.

“If you get killed it’s because I’m enraged by drugs,” the tough-talking president said. “If that’s what I’m saying, bring me to court to be imprisoned. Fine, I have no problem. If I serve my country by going to jail, gladly.”

At least two complaints for crimes against humanity and mass murder in connection with Duterte’s campaign are being examined by an International Criminal Court prosecutor, who will determine whether there is enough evidence to open a full-scale investigation.

Duterte responded to the complaints by withdrawing the Philippines from the world tribunal two years ago in a move that human rights groups said was a major setback in the country’s battle against impunity. The ICC prosecutor has said the examination into the drug killings would continue despite the Philippine withdrawal.

Duterte asked on Monday when did "drugs become humanity?”

He framed his remarks by portraying the drug menace as a national security and public threat like the decades-long communist insurgency that the government is obligated to quell.

“If this is allowed to go on and on and if no decisive action is taken against them, it will endanger the security of the state,” said Duterte, a former government prosecutor.

“When you save your country from the perdition of the people like the NPAs and drugs, you are doing a sacred duty,” he said, referring to communist New People’s Army insurgents.

There are 1.6 million drug addicts in the Philippines, Duterte said, citing statistics from an anti-narcotics agency. The figure is much smaller than the 4 million addicts that he cited the police as reporting early in his presidency to justify his crackdown.

Police have reported at least 5,856 drug suspects have been killed in raids and more than 256,000 others arrested since the start of the crackdown. Human rights groups have accused authorities of considerably under-reporting the deaths.

Duterte said drug killings that did not happen during police operations should not be blamed on him, adding those deaths may have been set off by gang rivalries or settling of scores.

There have been widespread suspicions of extrajudicial killings in the crackdown, allegations that Duterte and the police deny.

In 2018, a court convicted three police officers of murdering a 17-year-old student after witnesses and a security video disproved their claim that the suspect was shot after violently resisting, a common reason cited by police officers after drug suspects are killed. 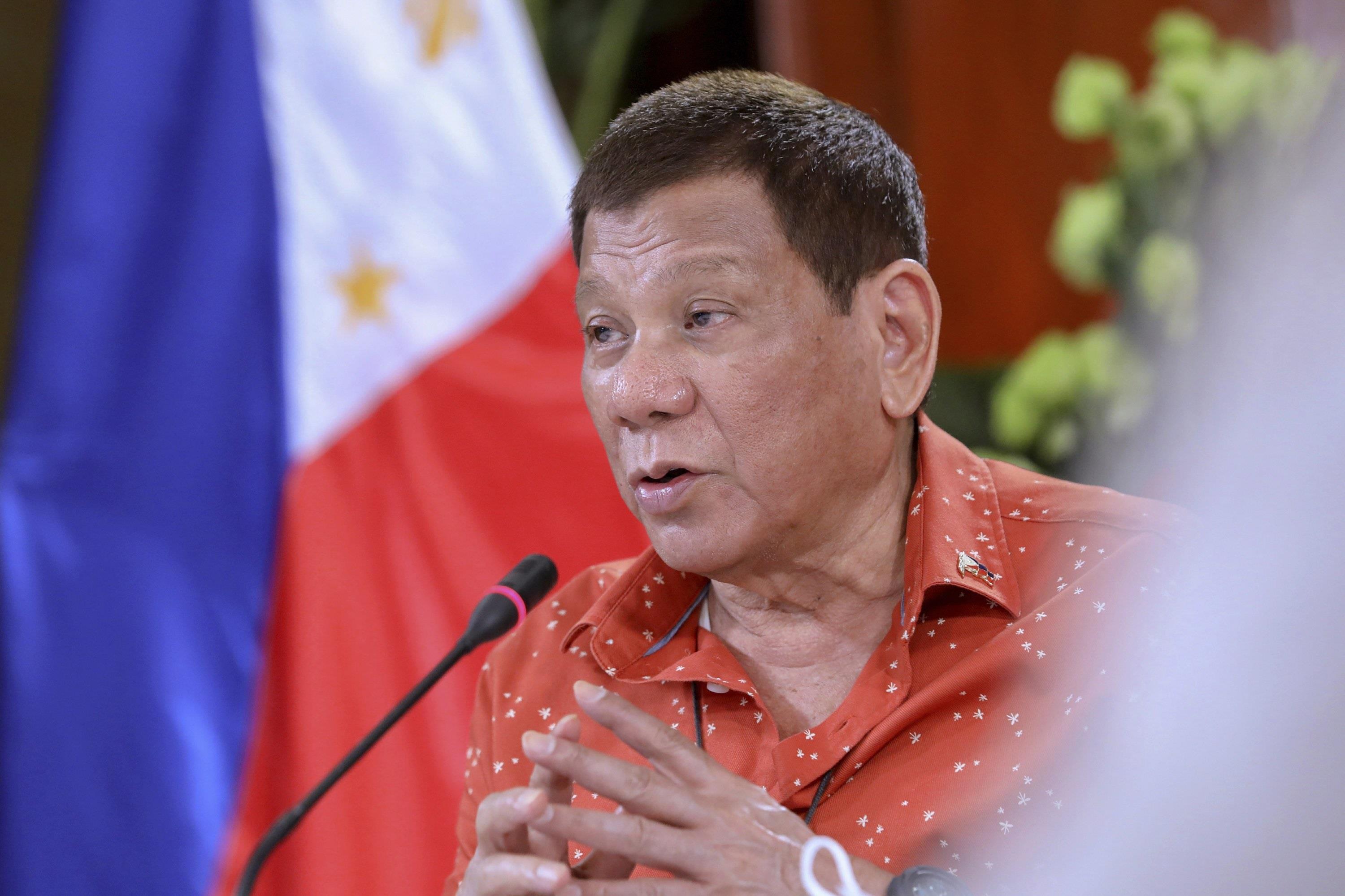