JAKARTA, Oct. 20 (CNA) - Indonesia rejected this year a proposal by the United States to allow its P-8 Poseidon maritime surveillance planes to land and refuel there, according to four senior Indonesian officials familiar with the matter.

US officials made multiple "high-level" approaches in July and August to Indonesia's defence and foreign ministers before Indonesia's president, Joko Widodo, rebuffed the request, the officials said.

Representatives for Indonesia's president and defence minister, the US State Department press office and the US embassy in Jakarta did not respond to requests for comment.

Representatives for the US Department of Defence and Indonesia's foreign minister Retno Marsudi declined to comment.

The proposition, which came as the US and China escalated their contest for influence in Southeast Asia, surprised Indonesia's government, the officials said, because Indonesia has a long-standing policy of foreign policy neutrality.

The country has never allowed foreign militaries to operate there.

The P-8 plays a central role in keeping an eye on China's military activity in the South China Sea, most of which Beijing claims as sovereign territory.

Vietnam, Malaysia, the Philippines and Brunei have rival claims to the resource-rich waters, through which US$3 trillion worth of trade passes each year.

Indonesia is not a formal claimant in the strategically important waterway, but considers a portion of the South China Sea as its own. It has regularly repelled Chinese coast guard vessels and fishing boats from an area to which Beijing says it has a historic claim.

But the country also has growing economic and investment links with China. It does not want to take sides in the conflict and is alarmed by growing tensions between the two superpowers, and by the militarisation of the South China Sea, Retno told Reuters.

"We don't want to get trapped by this rivalry," Retno said in an interview in early September. "Indonesia wants to show all that we are ready to be your partner." 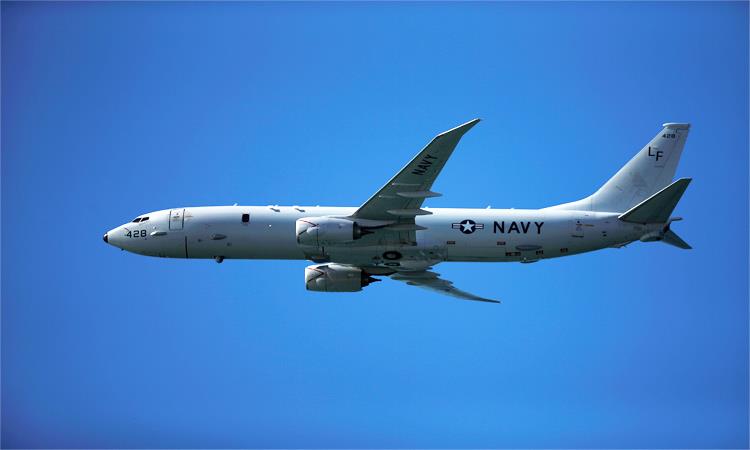