NASA Mission Touches Down on Asteroid Bennu to Collect Sample

It is the first U.S. mission to retrieve a pristine sample of an asteroid and return it to Earth for further study.

The van-size spacecraft briefly touched down its arm in a landing site on Bennu called Nightingale. Later, the spacecraft completed a back-away burn, and moved to a safe distance away from Bennu, according to NASA live broadcast.

"Sample collection is complete," NASA tweeted. After a Touch-And-Go maneuver to capture a sample, the spacecraft fired its thrusters to back away from Bennu's surface and navigate to a safe distance away, said NASA.

Preliminary data show the sample collection event went as planned, said the mission team, adding more details are expected once all the data from the event are downlinked to Earth.

The spacecraft performed the entire sequence of approaching the asteroid and collecting the sample autonomously, which lasted about 4.5 hours.

The sample is scheduled to be returned to Earth in September 2023.

Located more than 200 million miles from Earth, Bennu is a boulder-studded asteroid shaped like a spinning top and as tall as the Empire State Building in New York City.

The asteroid contains material from the early solar system and may contain the molecular precursors to life and Earth's oceans, according to NASA.

Bennu could potentially threaten Earth late in the next century, with a 1-in-2,700 chance of impacting Earth during one of its close approaches, said NASA.

The samples from Bennu could help scientists understand not only more about asteroids that could impact Earth but also about how planets formed and life began. 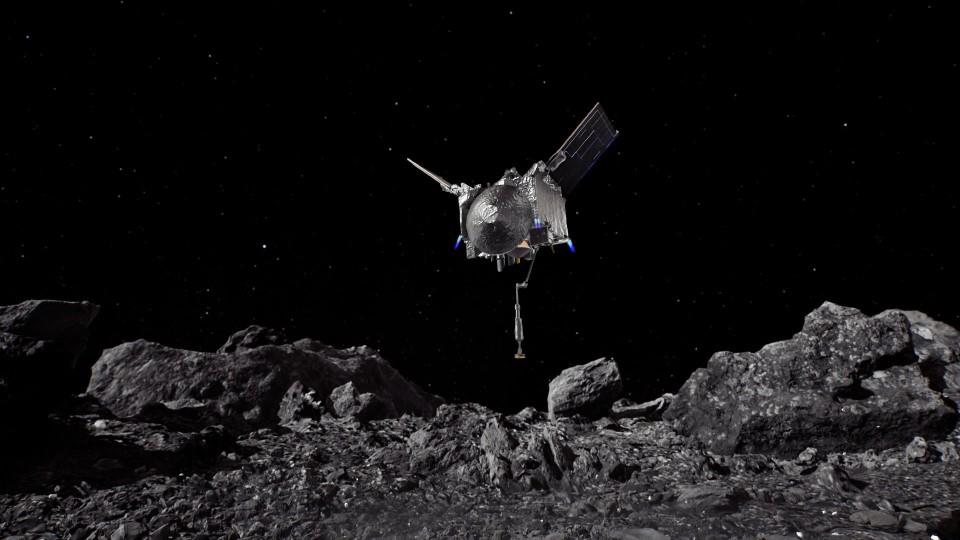