HANOI, Oct. 26 (CNA) - Vietnam is preparing to evacuate nearly 1.3 million people as it braces for the impact of Typhoon Molave, which lashed the Philippines overnight causing flooding and landslides, and leaving at least a dozen fishermen missing on Monday (Oct 26).

Typhoon Molave, with wind speeds of 125kmh and gusts of up to 150kmh, left the main Philippine island of Luzon earlier on Monday, with heavy rain causing seven landslides and floods in 11 areas, the country's disaster monitoring agency said.

There were no reports of casualties, but 12 fishermen at sea failed to return to Catanduanes province off the eastern coast of Luzon.

Molave, the 17th typhoon to hit the Philippines this year, is expected to make landfall in central Vietnam on Wednesday, with wind speeds of up to 135kmh.

It will be the fourth storm to hit Vietnam in a tumultuous month during which floods and landslides have killed 130 people and left 20 missing in the central region.

Vietnam is prone to destructive storms and flooding due to its long coastline.

"This is a very strong typhoon that will impact a large area," Prime Minister Nguyen Xuan Phuc said in an urgent warning telling provinces and cities in Molave's path to prepare.

Phuc compared Molave to Typhoon Damrey, which killed more than 100 people in central Vietnam in 2017.

He ordered boats ashore and told the security forces to get ready.

"Troops must deploy full force to support people, including mobilising helicopters, tanks and other means of transportation if needed," Phuc said in a statement.

About 11.8 million people in Vietnam's costal provinces are exposed to the threat of intense flooding, with 35 per cent of settlements located on crowded and eroding coastlines, a World Bank report said last week. 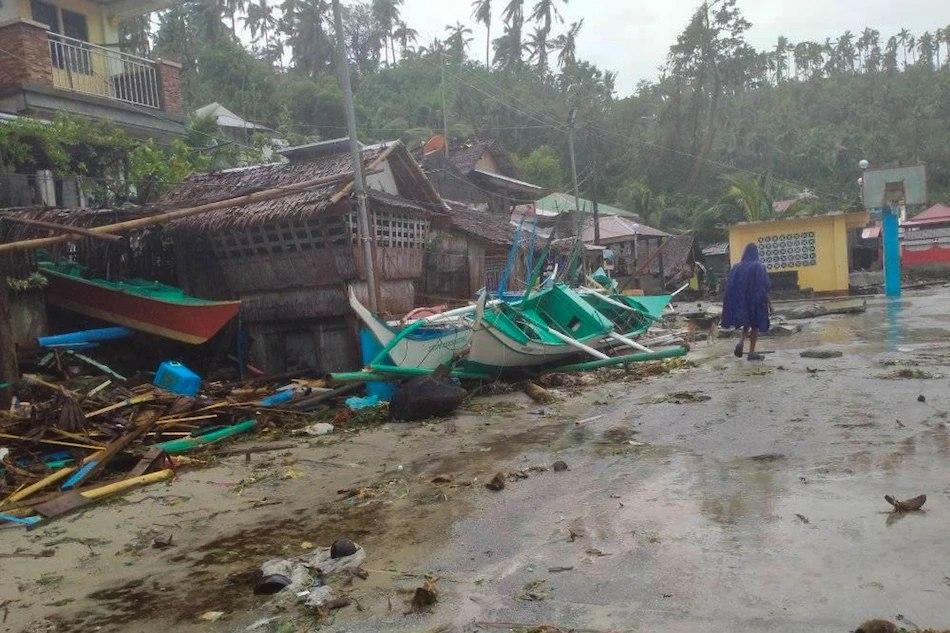