With 52 votes in favor and 48 against, the Republican-controlled Senate's confirmation of the 48-year-old conservative judge to the high court drew opposition from all of the Democratic members in the chamber.

Susan Collins, Republican senator from Maine who faces a tough reelection battle, was the only GOP senator who crossed the political aisle to side with the Democrats.

Barrett was previously a judge on the Chicago-based Seventh Circuit Court of Appeals. Her installation on the Supreme Court to serve what will potentially be a lifelong tenure will further consolidate the conservative majority on the bench, giving Republican appointees a 6-3 edge over those picked by Democratic presidents.

Since Trump announced the nomination in late September, Democrats have consistently opposed the Senate move to confirm Judge Barrett, citing the proximity to Election Day, which is just eight days out now. They have insisted that the winner of the election be allowed to decide who fills the vacant seat.

Democrats accused Republicans of being hypocritical because they, relying on their majority status in the Senate, shot down then-President Barack Obama's Supreme Court nominee, Merrick Garland, in 2016, also an election year.

Despite the boycott from Democrats, Senate Republicans pushed for a swift confirmation process for Barrett, arguing, on the one hand, for her eligibility for the job, and on the other hand, that their move is justified because now, unlike four years ago, the same party controls the White House and the Senate. 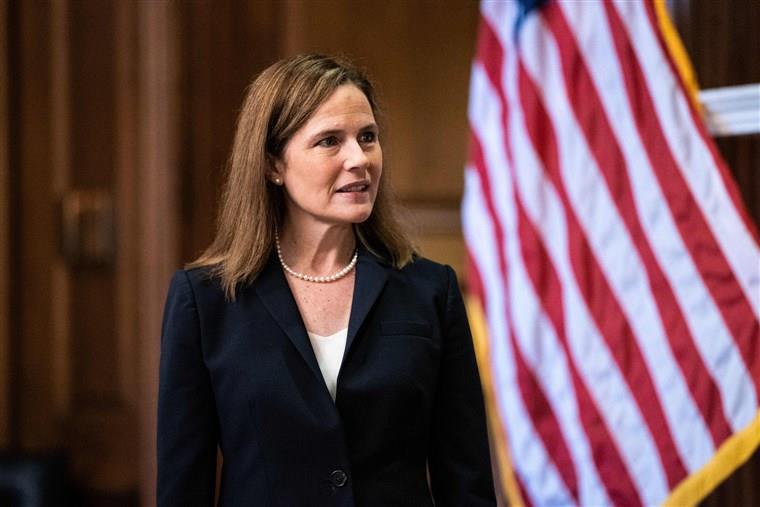