WASHINGTON, Oct. 26 (CGTN) - A U.S.-backed ceasefire in Nagorno-Karabakh went into effect between Armenia and Azerbaijan on Monday, the third truce within weeks, but was dimmed shortly after Azerbaijan and ethnic Armenian forces renewed fighting in the mountain enclave, defying international efforts to end a conflict that has killed hundreds last month.

The third ceasefire since October 10 was agreed on Sunday after separate talks in Washington between U.S. Secretary of State Mike Pompeo and the foreign ministers of Armenia and Azerbaijan. However, within minutes of its coming into force at 8 a.m. (0400 GMT) local time on Monday, Azerbaijan's Defense Ministry said that Armenian forces had shelled villages in the Terter and Lachin regions, located at opposite ends of the conflict zone. The Nagorno-Karabakh authorities denied its launching attacks and accused that Azeri forces resumed attacks on Armenian military positions on the north-eastern side on the line of contact.

Azeri President Ilham Aliyev said in a televised address on Monday that he wanted to resolve the conflict "either militarily or peacefully" after both sides accused each other of breaking a truce agreed hours earlier in Washington.

"…I suggested that if you want a peaceful solution, we should stop, but we should be told immediately that Armenia is leaving our lands," Aliyev said.

Speaking live on Facebook later on Monday, Armenian Prime Minister Nikol Pashinyan said he did not believe Azerbaijan was interested in a peaceful resolution to the conflict.

"The Armenian people are ready for mutual concessions, even painful ones, but not for the capitulation of Karabakh," he said.

The office of Artak Beglaryan, Nagorno-Karabakh's human rights ombudsman, said 90,000 residents, or 60 percent of the enclave's population, had fled their homes for locations elsewhere in Nagorno-Karabakh or Armenia. The ombudsman's office said one civilian was killed and two wounded in a missile strike on the village of Avetaranots on Monday.

A total of 41 civilians in Nagorno-Karabakh and 974 servicemen had been killed, the ombudsman's office said. While the Azerbaijan said 65 Azeri civilians had been killed and 297 wounded. It has not disclosed its military casualties.

The OSCE Minsk Group, formed to mediate the conflict and led by France, Russia and the U.S., also participated in Sunday's talks and is scheduled to meet the Armenian and Azeri foreign ministers again in Geneva on October 29. 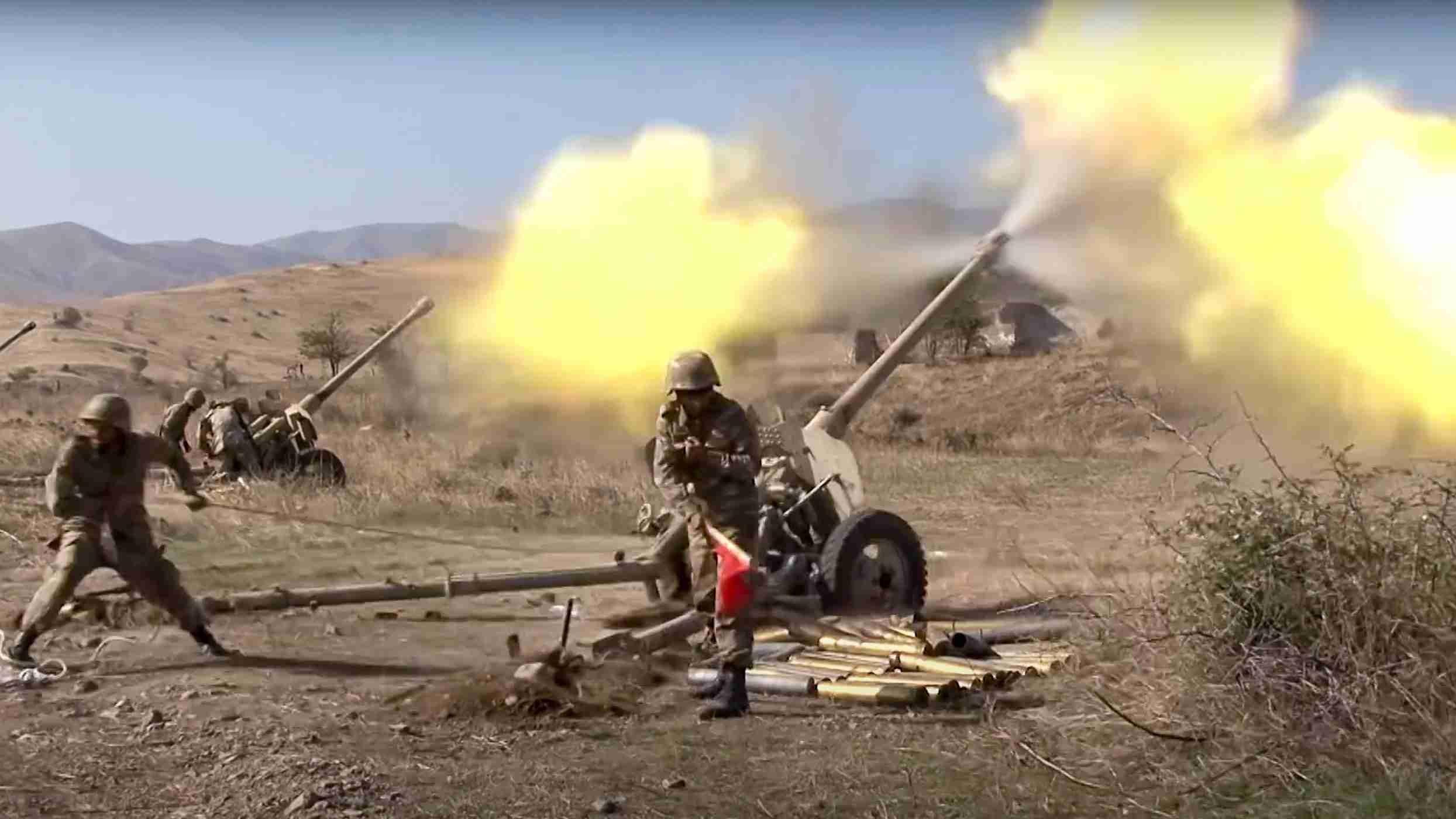