COLOMBO, Oct. 27 (CNA) - China has raised objections to what it called US bullying of Sri Lanka after Washington said the Indian Ocean island must make "difficult but necessary choices" regarding its ties with China.

The comments by the Chinese embassy in Colombo came shortly before the arrival on Tuesday (Oct 27) of US Secretary of State Mike Pompeo, who is on a an Asian tour aimed at pushing back against China's growing influence in the region.

"We are firmly opposed to the United States taking the opportunity of the State Secretary's visit to sow and interfere in China-Sri Lanka relations, and to coerce and bully Sri Lanka," the embassy said in a statement late on Monday.

China has invested billions of dollars in infrastructure projects in Sri Lanka as part of President Xi Jinping's Belt and Road Initiative, aimed at linking Asia, Europe and beyond, to the alarm of India and the United States.

The embassy said China's ties with Sri Lanka stretched back 2,000 years and the two countries did not need a third party to dictate terms.

Pompeo's trip to Sri Lanka, and later to the Maldives, another Indian Ocean island nation, is seen as part of an attempt to counter China's dominating economic presence in smaller countries that has left some of them in deep debt.

Ahead of the trip, Dean Thompson, the senior State Department official for South and Central Asian affairs, said Sri Lanka must make tough choices to secure its economic independence over the longer term.

China also raised concern about Pompeo making the trip at a time when Sri Lanka is struggling with the novel coronavirus.

"Is it helpful to local epidemic prevention and control? Is it in the interests of the Sri Lankan people," the embassy asked.

A Chinese delegation led by its top diplomat, Yang Jiechi, visited Colombo this month but it kept its personnel and activities to a minimum in line with guidelines to prevent a surge in cases, the embassy said.

"We are willing to share these practices with the United States, hoping to provide some reference for Mr State Secretary's visit and its handling of relations with small and medium-sized countries," it said. 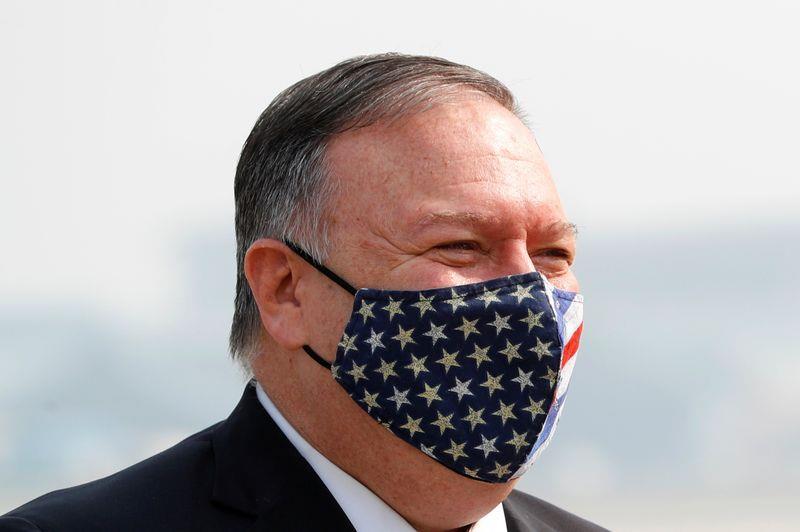