VIENTIANE, Oct. 27 (Xinhua) -- The weather bureau of Laos has warned that strong winds and rain from Typhoon Molave will hit the southern part of the country as it makes its way from central Vietnam.

According to a report issued on Tuesday by the Department of Meteorology and Hydrology under the Lao Ministry of Natural Resources and Environment, Typhoon Molave is expected to move from Vietnam to southern Laos on Wednesday.

Typhoon Molave formed on Monday over the western area of the Philippines, reaching speeds of 126 km per hour as it lashed the island country, and is expected to reach Vietnam on Tuesday evening.

While the storm will have weakened as it approaches Laos, heavy rain and strong winds are forecasted across southern and central of Laos from Wednesday to Thursday.

Laos has already suffered major flooding in the aftermath of tropical storm Linfa and Nangka.

Many villages in Savannakhet province, some 410 km east of Lao capital Vientiane, were hit by flash flooding amid torrential rains.

More than 15,000 people in 3,000 families have been evacuated to temporary shelters and schools after eight districts in Savannakhet province were flooded.

This is one of the biggest floods Laos has suffered in recent decades and thousands of families are now homeless, according to the report. 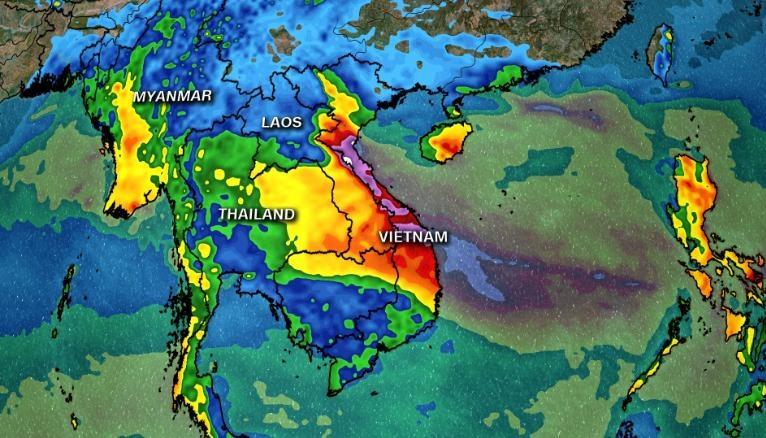