WASHINGTON, Oct. 27 (CNA) - More than 70 million Americans have cast ballots in the US presidential election, more than half the total turnout of the 2016 election with one week to go until Election Day, according to a Tuesday (Oct 28) tally from the US Elections Project.

The tally, which shows a record-breaking pace that could lead to the highest voter turnout in percentage terms in more than a century, is the latest sign of intense interest in the contest between Republican President Donald Trump and Democratic challenger Joe Biden. It also highlights voters' desire to reduce their risk of exposure to COVID-19 as the pandemic regathers strength heading into winter.

Democrats hold a significant advantage in early voting due to their embrace of mail balloting, which Republicans have historically cast in large numbers but have shunned amid repeated and unfounded attacks by Trump, who says the system is prone to widespread fraud.

The high level of early voting has led Michael McDonald, the University of Florida professor who administers the US Elections Project, to predict a record US voter turnout of about 150 million, representing 65% of those eligible to vote, the highest rate since 1908.

US voters have already cast far more early votes during this presidential campaign than they did in all of 2016 when they passed the 47 million mark earlier this month, data shows. 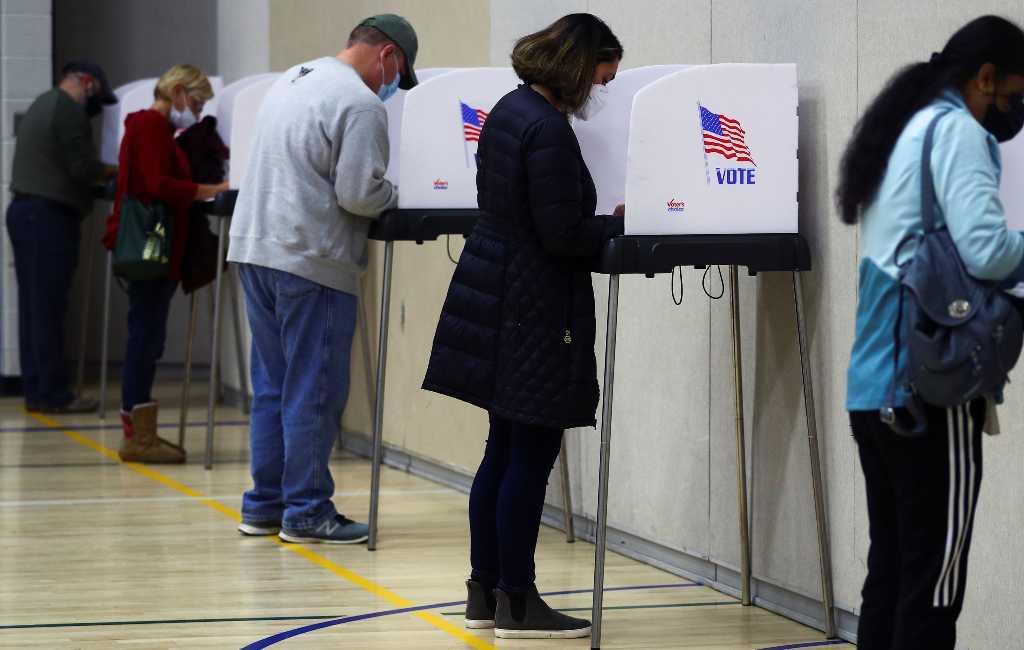