MANILA, Nov. 1 (Xinhua) -- Super Typhoon Goni, the strongest typhoon to batter the Philippines this year so far, made landfall in Bicol, the southernmost region of the main island of Luzon, early on Sunday morning, the state weather bureau said.

The Philippine Atmospheric, Geophysical, and Astronomical Services Administration (PAGASA) said Goni, which intensified into a super typhoon at 2 a.m., was blowing maximum sustained winds of 225 kilometers per hour and gustiness of up to 280 kilometers per hour when it slammed into Bato town in Catanduanes, an island province in the southeastern part of Luzon, at around 4:50 a.m.

The bureau said Goni is moving west-southwestward at 25 kilometers per hour.

There are no immediate reports of damage or casualties. However, thousands of people have been evacuated from risky areas in Bicol region amid fears of widespread flooding, possible landslides, and storm surge of up to three meters.

Super Typhoon Goni, the 18th cyclone to hit the Philippines this year, will pass through Quezon province and the rest of the region south of Manila, possibly weakening as it travels close to the capital, before heading into the South China Sea on Monday morning.

In Manila, officials ordered big roadside advertising boards taken down, fearing strong winds could knock it down and injure people.

Super Typhoon Goni struck close to the regions hit by Typhoon Molave early this week, which killed 22 people and destroyed infrastructure and crops.

Typhoons and tropical storms regularly hit the Philippines from June through December, claiming hundreds of lives and causing billions of dollars in damages.

Typhoon Haiyan, one of the country's worst, killed over 7,000 in the central Philippines in November 2013. Thousands of residents in Tacloban, the capital of Leyte province, drowned in a "two-storey-high" storm surge, including people seeking safety in a sports stadium that served as a shelter.

Located in the Pacific Ring of Fire, the Philippines is among the most disaster-prone countries in the world, including active volcanoes, frequent earthquakes, and an average of 20 typhoons a year, causing floods and landslides.

The Philippines lost 463 billion pesos (roughly 9.56 billion U.S. dollars) in damages to natural disasters from 2010 to 2019, according to the Philippine Statistics Authority (PSA). 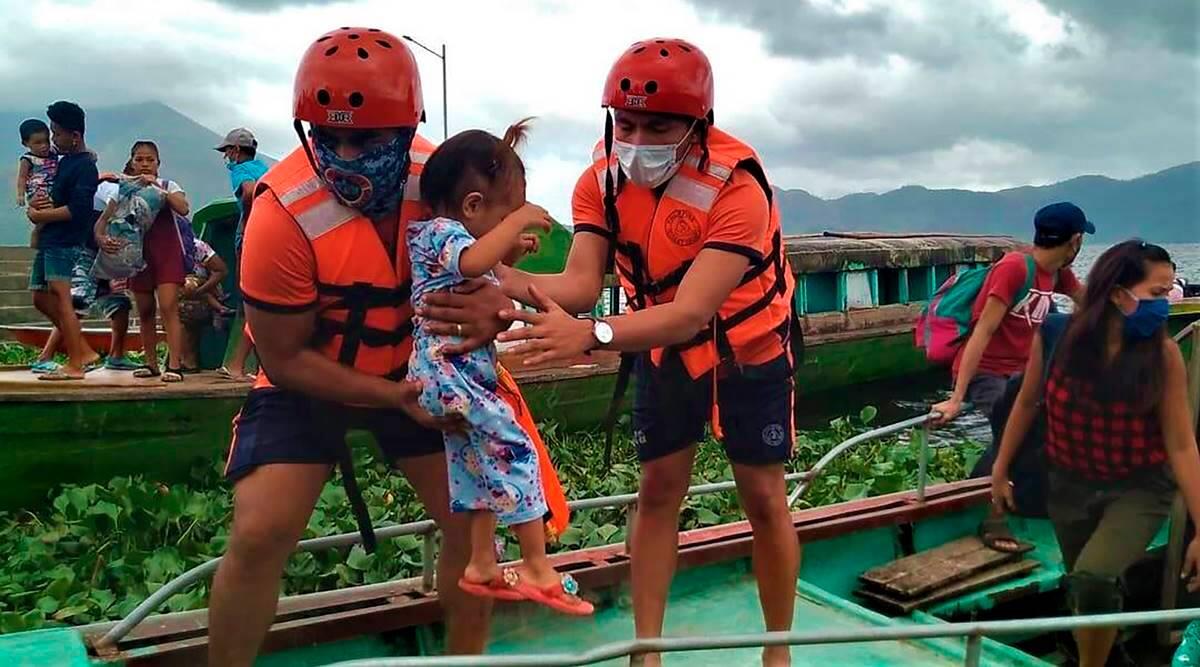