WHO Chief in Quarantine after Contact Tests Positive for COVID-19

GENEVA, Nov. 1 (CNA) - The World Health Organization chief said late Sunday (Nov 1) that he was self-quarantining after someone he had been in contact with tested positive for COVID-19, but stressed he had no symptoms.

"I have been identified as a contact of someone who has tested positive for #COVID19," Tedros Adhanom Ghebreyesus said in a tweet.

"I am well and without symptoms but will self-quarantine over the coming days, in line with @WHO protocols, and work from home," he added.

Tedros has been at the forefront of the United Nations health agency's efforts to battle the pandemic. which has claimed nearly 1.2 million lives and infected more than 46 million people worldwide since emerging in China late last year.

He stressed on Twitter that "it is critically important that we all comply with health guidance".

"This is how we will break chains of #COVID19 transmission, suppress the virus, and protect health systems."

Europe's new COVID-19 cases have doubled in five weeks, propelling the region on Sunday across the bleak milestone of 10 million total infections, according to a Reuters tally.

Just last month, both Latin America and Asia reported more than 10 million total cases in their regions. The United States alone has more than 9 million cases with a rapidly accelerating outbreak.

While Europe took almost nine months to record its first 5 million COVID-19 cases, the next 5 million cases were reported in slightly more than a month, according to a Reuters analysis.

Governments across Europe have been under fire for a lack of coordination and for failing to use a lull in cases over the summer to bolster defences, leaving hospitals unprepared. 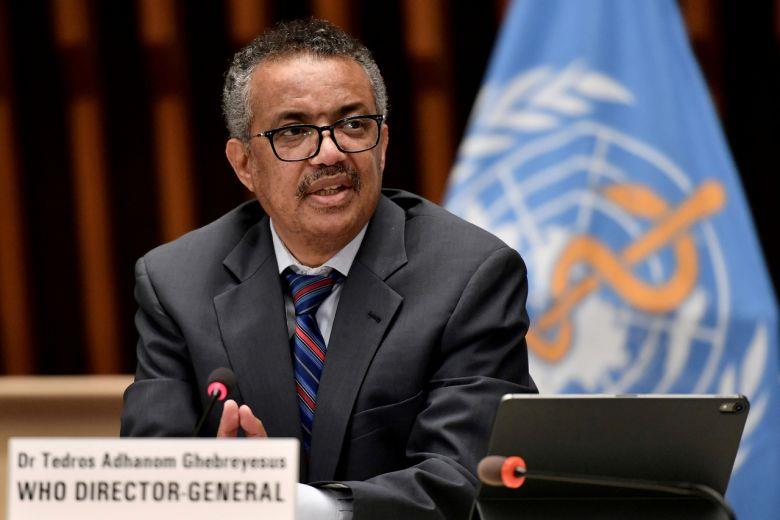