Lockdown in England Could be Extended, UK Minister Warns

LONDON, Nov. 1 (Reuters) - The one-month lockdown for England announced by Prime Minister Boris Johnson this weekend could be extended as Britain struggles to contain a second wave of the COVID-19 pandemic, a senior cabinet member said on Sunday.

After resisting the prospect of a new national lockdown for most of last month, Johnson announced on Saturday that new restrictions across England would kick in after midnight on Thursday morning and last until Dec. 2.

The United Kingdom, which has the biggest official death toll in Europe from COVID-19, is grappling with more than 20,000 new coronavirus cases a day and scientists have warned a worst-case scenario of 80,000 dead could be exceeded this winter.

Britain has reported 46,717 COVID-19 deaths - defined as those dying within 28 days of a positive test. A broader measure of those with COVID-19 on their death certificates puts the toll at 58,925.

“We can definitively say that unless we take action now, the (health service) is going to be overwhelmed in ways that none of us could countenance,” Gove said.

Several cabinet ministers hinted England’s lockdown could extend to next year, with the government considering a brief relaxation over the Christmas period, according to The Times.

The cabinet ministers said they believed it would be “very difficult” to end the lockdown if coronavirus-related deaths and hospital admissions were still rising, the newspaper reported.

The new lockdown announcement came 10 days after Johnson told parliament it would “make no sense at all” to “turn the lights out with a full national lockdown”.

Critics have accused him of dithering at the expense of both lives and the economy.

Opposition Labour Party leader Keir Starmer said the government had missed a golden chance to lock down England more effectively during a week-long school break at the end of October.

“Well that’s gone now. That is the price of the government’s incompetence,” Starmer told the BBC.

The other parts of the United Kingdom - Scotland, Wales and Northern Ireland - have their own policies and enacted tougher COVID-19 health restrictions in recent weeks. 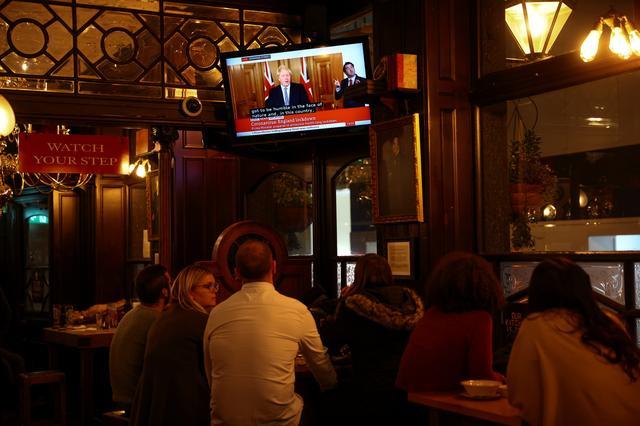