WASHINGTON, Nov. 1 (CGTN) - Hammers are pounding and saws are buzzing in many U.S. cities as crews board up stores amid fears that the presidential election on November 3 could degenerate into unrest.

On Friday, boards were seen going up over storefronts in Washington D.C., New York City, Los Angeles, Denver and elsewhere in a bid to prepare for potential violence.

Luxury stores including Louis Vuitton and Chanel have had sheets of plywood applied to their windows in Washington D.C.

Ulta Beauty, whose stores were damaged in protests after George Floyd's death, told NBC News that it is boarding up stores and closing early in certain locations. "We are hopeful for a peaceful week but are taking proactive measures to ensure safety for guests, our associates and our stores," the company said to NBC News.

Michael Schaffer, editor of the Washingtonian magazine, said it's "uniquely heartbreaking" to watch Washington stores, including CVS pharmacies, boarding up for an election though in the context of 2020 it "does not seem particularly grotesque."

"We're in a looking-glass moment in which a United States senator can openly disdain democracy," Schaffer wrote. "Is it that weird to imagine that other aspects of foreign failed states – like street battles over allegedly stolen elections – could come here as well? If I owned a CVS, I'd be mitigating the risk by ordering plywood, too."

One in three Americans is worried about the prospect of election-related violence, according to a recent USA Today/Suffolk University poll.

Besides the wooden boards, security officials are reported to be preparing for a range of possible threats, from spontaneous acts of mob violence to more organized, planned attacks.

It's reported that besides planning an eight-hour event at Black Lives Matter Plaza, which is one block from the White House, left-wing group Shutdown DC has also trained its members in how to interact with police if things get ugly and with counter-protesters.

Meanwhile, militia groups are planning to organize election-related armed violence in five states including Pennsylvania, Georgia and Michigan, according to a joint report released last Wednesday by the the Armed Conflict Location and Event Data Project and Militia Watch.

In Washington, police have announced plans to shut down streets with a large perimeter around the White House on Tuesday and Wednesday. Local radio station WUSA9 reported that police have ordered tear gas and stun grenades worth $130,000.

D.C. Mayor Muriel Bowser was reported to say that she had not decided whether to use National Guard troops for election-related violence, though some troops still remain activated amid the coronavirus pandemic.

In Arizona, where military units from the National Guard are ready to respond within 24 hours, Republican Governor Doug Ducey told local TV station KNXV-TV that he would not hesitate to send out the Guard should there be civil unrest. "But, our planning and hope would be that we're not going to have civil unrest, but if we do the National Guard's at the ready, and we won't hesitate to call them out," Ducey was quoted by KNXV-TV as saying.

Other cities are also preparing for possible unrest.

In Los Angeles, stores on posh Rodeo Drive in Beverly Hills are boarding up and even closing on Tuesday and Wednesday in case looting breaks out. In Santa Monica, a beefed up police presence is also planned.

In Philadelphia, the National Guard is already patrolling the streets after multiple nights of looting during protests over the police shooting of Walter Wallace Jr this week. 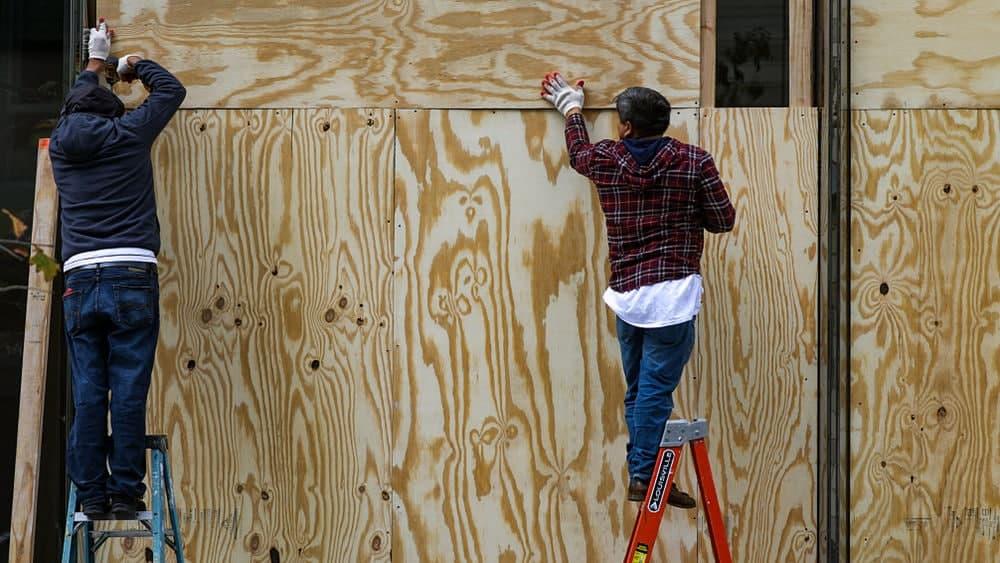 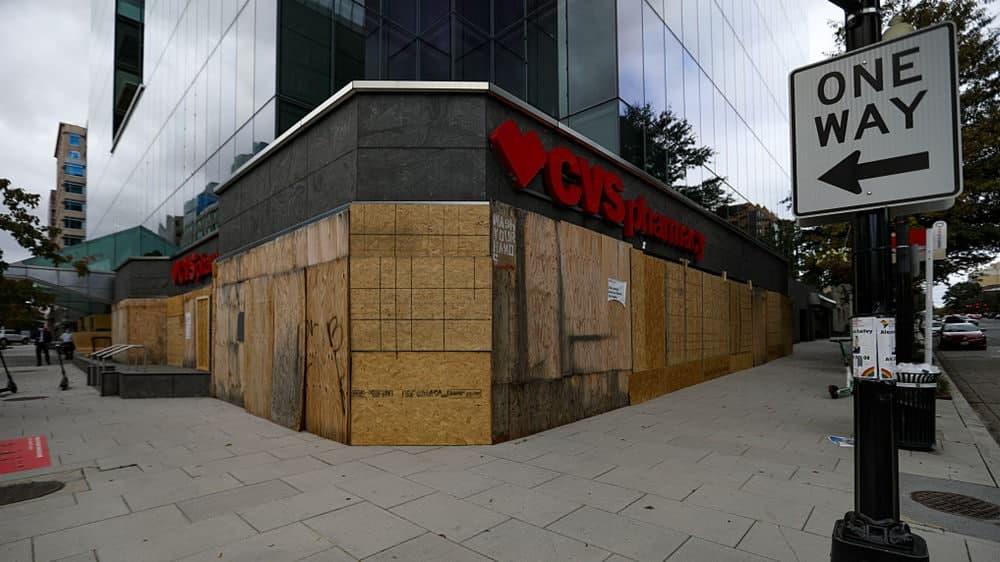 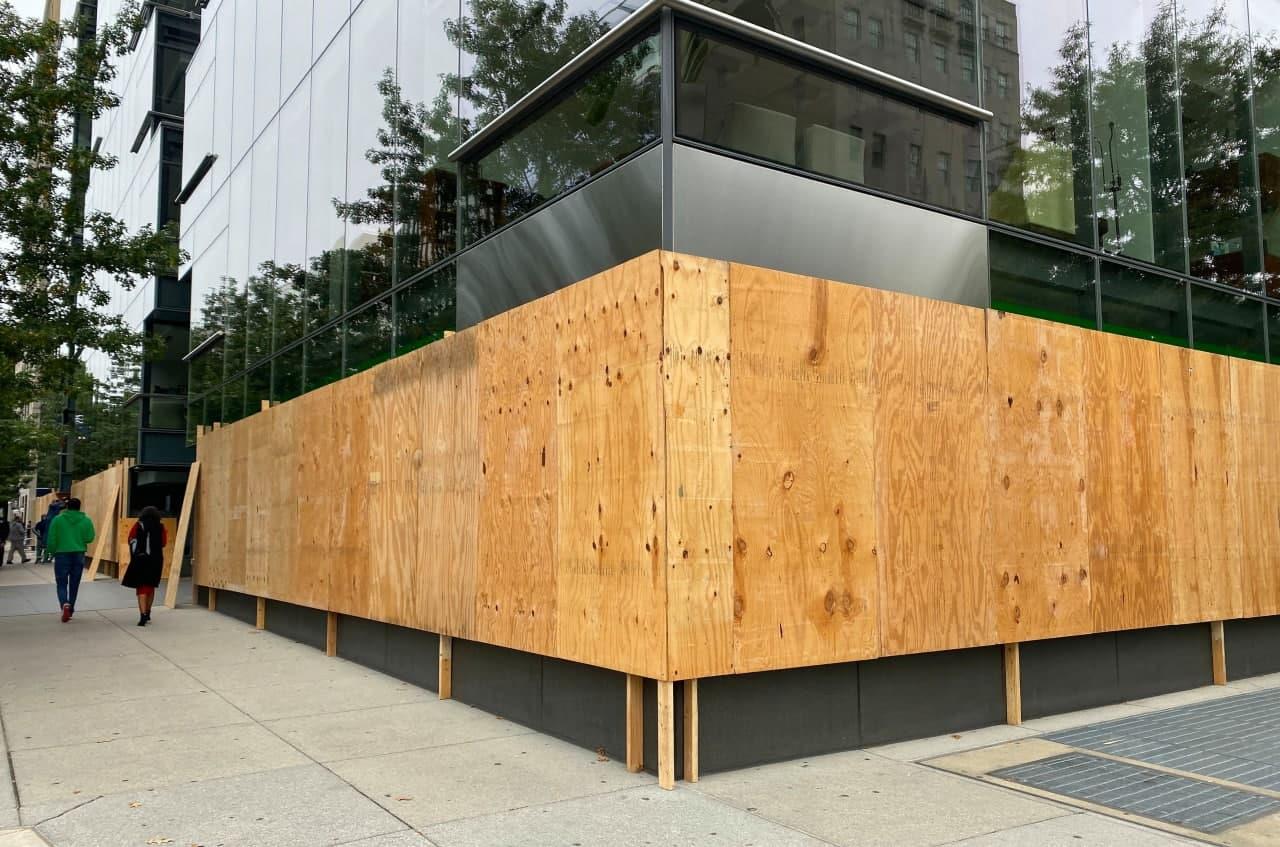