Pompeo in a statement said that the United States "strongly condemns" the arrests of the politicians, five of whom are sitting lawmakers in the financial hub.

"The Hong Kong government's harassment and intimidation of pro-democracy representatives and attempts to stifle dissent are stark examples of its ongoing complicity with the authoritarian Chinese Communist Party, which seeks to dismantle the promised autonomy of Hong Kong and eviscerate respect for human rights," Pompeo said.

"We call on Beijing and the Hong Kong government to respect the right of the Hong Kong people to air their grievances through their elected representatives."

Hong Kong authorities said they made the arrests due to protests and scuffles that broke out earlier this year inside the legislature, where only half the seats are directly elected.

The United States has repeatedly criticised China for its clampdown in Hong Kong, including a tough new security law.

But China has stepped up action against critics in Hong Kong, to which Beijing promised a separate system before Britain handed back the city in 1997. 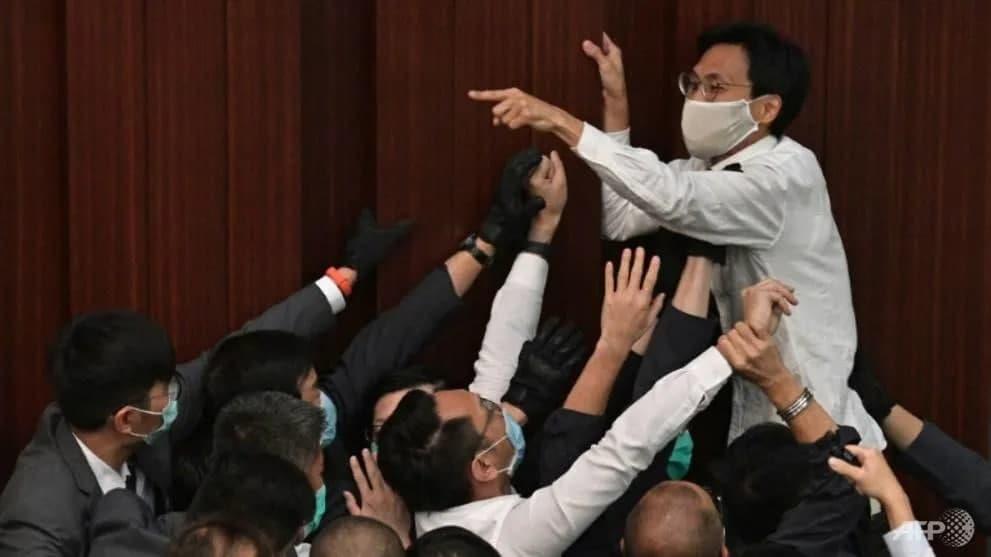