WASHINGTON, Nov. 4 (Reuters) - Democrat Joe Biden said he was confident of victory and President Donald Trump accused Democrats of trying to steal the election on Wednesday as a tight White House race came down to a handful of states where vote-counting could take hours or days.

Trump won the battlegrounds of Florida, Ohio and Texas, dashing Biden’s hopes for a decisive early defeat of the president, but Biden said he was on track to winning the White House by taking three key Rust Belt states.

Biden, 77, was eyeing the so-called “blue wall” states of Michigan, Wisconsin and Pennsylvania that sent Trump, 74, to the White House in 2016 for possible breakthroughs once those states finish counting votes cast earlier by mail and in person.

In Wisconsin and Pennsylvania and much of Michigan, mail-in ballots were not processed until Election Day on Tuesday.

“We feel good about where we are,” Biden said in his home state of Delaware, shouting over a din of supporters in cars honking their horns in approval. “We believe we’re on track to win this election.”

Winning those three states would be enough to give Biden an Electoral College victory. Fox News projected Biden would win Arizona, another state that voted for Trump in 2016, giving him more options to get to 270 Electoral College votes.

Even without Pennsylvania, Biden victories in Arizona, Michigan and Wisconsin, along with his projected win in a congressional district in Nebraska, which apportions electoral votes by district, would put him in the White House, as long as he also holds the states that Trump lost in 2016.

“We are up BIG, but they are trying to STEAL the Election. We will never let them do it. Votes cannot be cast after the Polls are closed!” Trump said on Twitter, which swiftly tagged the tweet as possibly misleading.

Trump has repeatedly and without evidence suggested that an increase in mail-in voting will lead to an increase in fraud, although election experts say that fraud is rare and mail-in ballots are a long-standing feature of American elections.

In Pennsylvania, of the 4.5 million votes counted so far, only 750,000 were absentee votes, or just 17%. According to Edison Research, more than 2.4 million early ballots were cast in the state, of which nearly 1.6 million were by Democrats and about 555,000 by Republicans.

In Georgia, Trump was leading 52% to 48% at 1:40 a.m., but several hundred thousand ballots remained to be counted early Wednesday in Atlanta and its suburban counties. Many of those areas had favored Democrats in the past, and many of the votes remaining to be counted were those cast before the election.

Supporters of both candidates called the election a referendum on Trump and his tumultuous first term. The winner will lead a nation strained by a pandemic that has killed more than 231,000 people and left millions more jobless, racial tensions and political polarization that has only worsened during a vitriolic campaign.

Trump monitored election returns with members of his family in the living room of the White House residence. Going in and out of the room were first lady Melania Trump, his son-in-law Jared Kushner and his daughter Ivanka among others. “He’s calm, chilling,” said a source familiar with the scene.

A senior Trump aide, watching returns at the White House, described the mood there in a text: “Good. But nervous”

In the East Room of the White House, where 200 Trump supporters were having drinks and eating chicken fingers, sliders and cookies, cheers broke out when Fox News called Florida for Trump, said a source in the room.

“The place just erupted,” said the source, who said the mood was both “extraordinarily positive” and “cautiously optimistic.” “Everyone started cheering.” Florida was a must-win state for any Trump path to victory.

Voters were also to decide which political party controls the U.S. Congress for the next two years, with Democrats narrowly favored to recapture a Senate majority and retain control of the House of Representatives.

There were no early surprises as the two contenders split the U.S. states already projected. Trump captured conservative states like Alabama, Indiana, Kentucky and Tennessee while Democratic-leaning Connecticut, Massachusetts, New York and Vermont went to Biden, according to projections by television networks and Edison Research.

Trump’s strong performance in Florida was powered by his improved numbers with Latinos. His share of the vote in counties with large Latino populations was larger than it was in the 2016 election.

For months there had been complaints from Democratic Latino activists that Biden was ignoring Hispanic voters and lavishing attention instead on Black voters in big Midwestern cities. Opinion polls in key states showed Biden underperforming with Latinos in the weeks leading up to the election.

Many younger Hispanics were ardent supporters of U.S. Democratic Senator Bernie Sanders during the party’s primary campaign, but in opinion polls expressed little enthusiasm for Biden, viewing him as too moderate and out of touch.

In the Miami area, Latinos are predominantly Cuban Americans, where generations of families have fled communist rule in Cuba. Trump’s messaging about Biden being a socialist seemed to work with them and with Venezuelans there despite Biden’s denials.

Edison’s national exit poll also found that support for Trump declined by about 3 points among older white voters, compared with 2016.

The poll found Biden made significant gains in the suburbs.

In 42 suburban counties spread across 13 states where most of the votes had been counted, Biden was doing about 5 percentage points better than Clinton did in 2016 and than Barack Obama did in 2012.

“I think markets were jolted a little bit by how close the race now appears. We are seeing a little bit of a flight-to-safety response in some asset classes,” said Mona Mahajan, senior U.S. investment strategist at Allianz Global Investors, New York.

On betting website Smarkets, odds reflected a 74% chance of Trump winning, up from 33% earlier in the day.

Voters, many wearing masks and maintaining social-distancing to guard against the spread of the coronavirus, streamed into polling places across the country through the day, experiencing long lines in a few locales and short waits in many other places. There were no signs of disruptions or violence at polling sites, as some officials had feared.

Biden, the Democratic former vice president, put Trump’s handling of the pandemic at the center of his campaign and had held a consistent lead in national opinion polls over the Republican president.

But a third of U.S. voters listed the economy as the issue that mattered most to them when deciding their choice for president, while two out of 10 cited COVID-19, according to an Edison Research exit poll on Tuesday.

In the national exit poll, four out of 10 voters said they thought the effort to contain the virus was going “very badly.” In the battleground states of Florida and North Carolina, battleground states that could decide the election, five of 10 voters said the national response to the pandemic was going “somewhat or very badly.”

Trump is seeking another term in office after a chaotic four years marked by the coronavirus crisis, an economy battered by pandemic shutdowns, an impeachment drama, inquiries into Russian election interference, U.S. racial tensions and contentious immigration policies.

Biden is looking to win the presidency on his third attempt after a five-decade political career including eight years as vice president under Trump’s predecessor, Barack Obama.

Biden has promised a renewed effort to fight the public health crisis, fix the economy and bridge America’s political divide. The country this year was also shaken by months of protests against racism and police brutality. 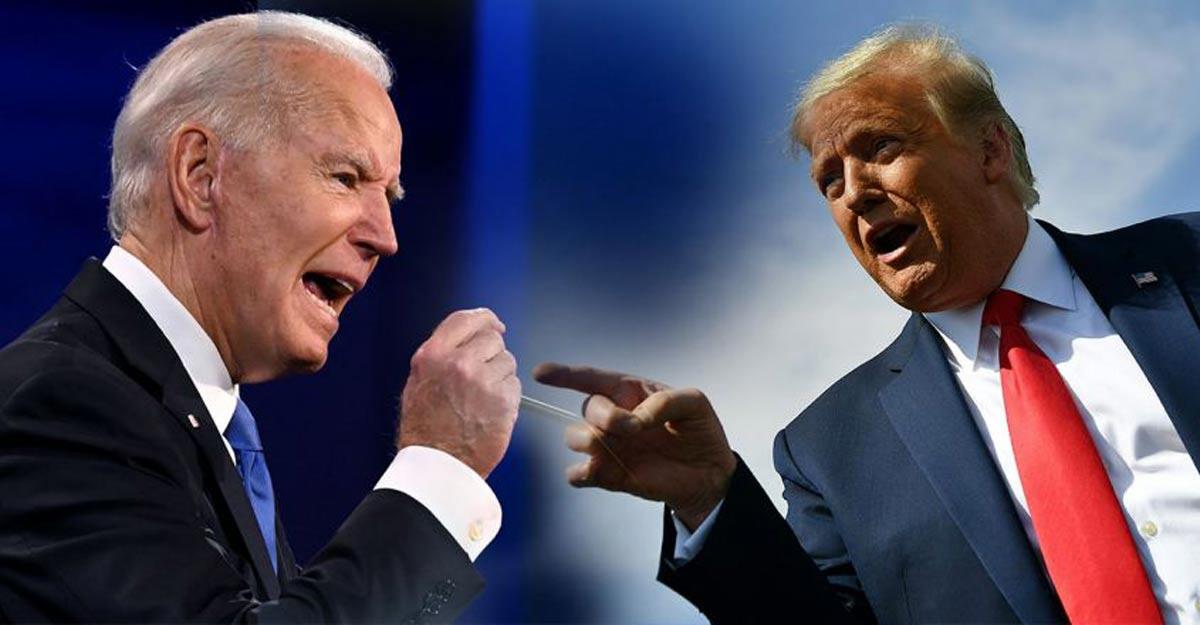