WASHINGTON, Nov. 5 (Xinhua) -- U.S. Senate Majority Leader Mitch McConnell said Wednesday that Congress needs to approve a new COVID-19 relief package before the end of the year as confirmed cases are surging across the country.

"Clearly the coronavirus is not gone. In fact, we have got it worse now than we had it in the spring I believe, and I think that's true in a lot of other states," McConnell said at a news conference, adding the country needs another relief package.

U.S. House Speaker Nancy Pelosi and Treasury Secretary Steven Mnuchin have been negotiating a new COVID-19 relief package for months, but have failed to reach an agreement.

The Democrats-controlled House of Representatives last month passed a 2.2-trillion-U.S.-dollar relief bill, while some Senate Republicans insisted on a relief package below 1 trillion dollars.

It is not clear whether Republican and Democratic lawmakers could bridge their differences on the relief package in the upcoming "lame duck" session of Congress that is expected to extend into December.

Economists as well as Federal Reserve officials have repeatedly argued that more fiscal relief is needed to sustain U.S. economic recovery, warning of dire consequences if further fiscal support is not provided in time. 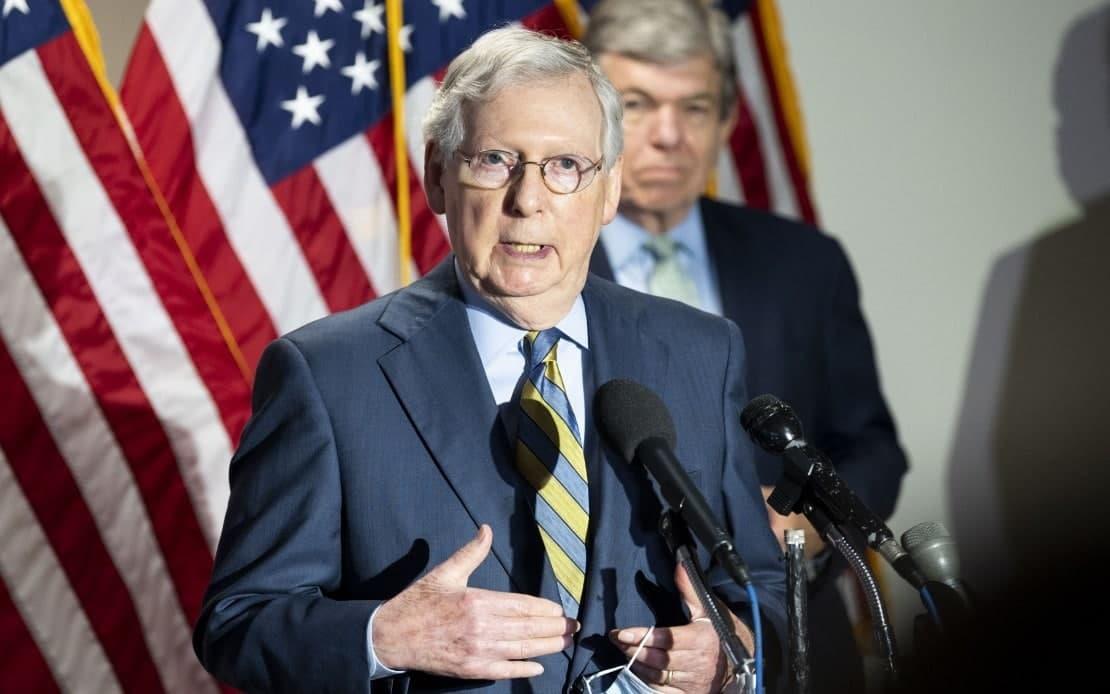