LIMA, Nov. 10 (Xinhua) -- The president of the Peruvian Congress, Manuel Merino, assumed the presidency of the South American country on Tuesday, a day after ex-President Martin Vizcarra was impeached for alleged corruption.

Peru's new president, born in the northern city of Tumbes, on the border with Ecuador, is also an agricultural exporter and cattle rancher in his region.

In his inauguration speech, Merino said his government will guarantee the upcoming elections, scheduled to take place April 11, 2021.

"Our first commitment is to ratify our democratic conviction and respect the ongoing electoral process, which must be carried out in the country according to the calendar established by the competent bodies," he said. 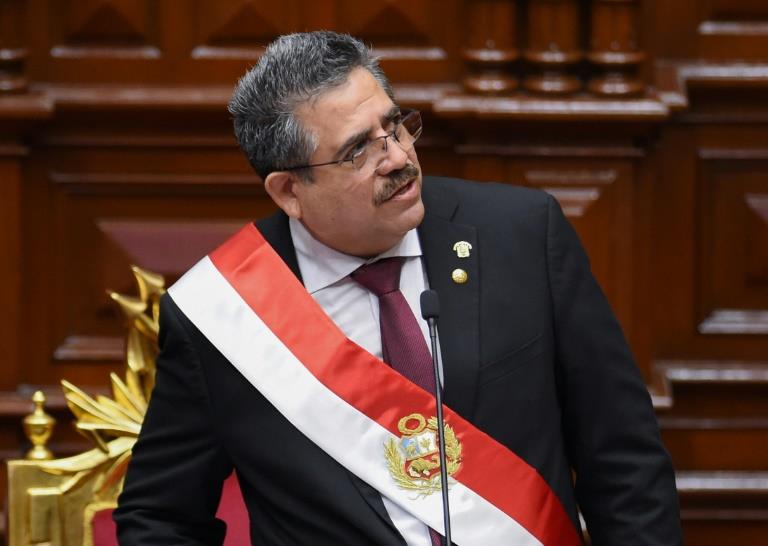