YANGON, Nov. 13 (Xinhua) -- Myanmar's ruling National League for Democracy (NLD) party has won more than enough seats to form a new government in the general elections held across the country on Nov. 8, according to a result announcement by the Union Election Commission (UEC) on Friday.

As of Friday morning, the NLD party has won 346 seats in the Union Parliament -- the House of Representatives (Lower House) and the House of Nationalities (Upper House), passing the target parliamentary seats to win, according to the UEC's figures.

According to the 2008 Constitution, the military possesses 25 percent of the 642 totals seats in the Union Parliament and the winning party in the general elections needs to secure more than half of the total seats to form a new government.

A total of 5,639 candidates including 1,106 candidates from the NLD and 1,089 from the Union Solidarity and Development Party (USDP) ran in this year's multiparty general elections.

The USDP has won 58 parliamentary seats including 25 seats for the Union Parliament and 33 for the Regional or State Parliaments, the UEC's figures showed.

The ruling NLD party won an absolute majority of parliamentary seats in the last general elections on Nov. 8, 2015, and has been running the government since 2016. 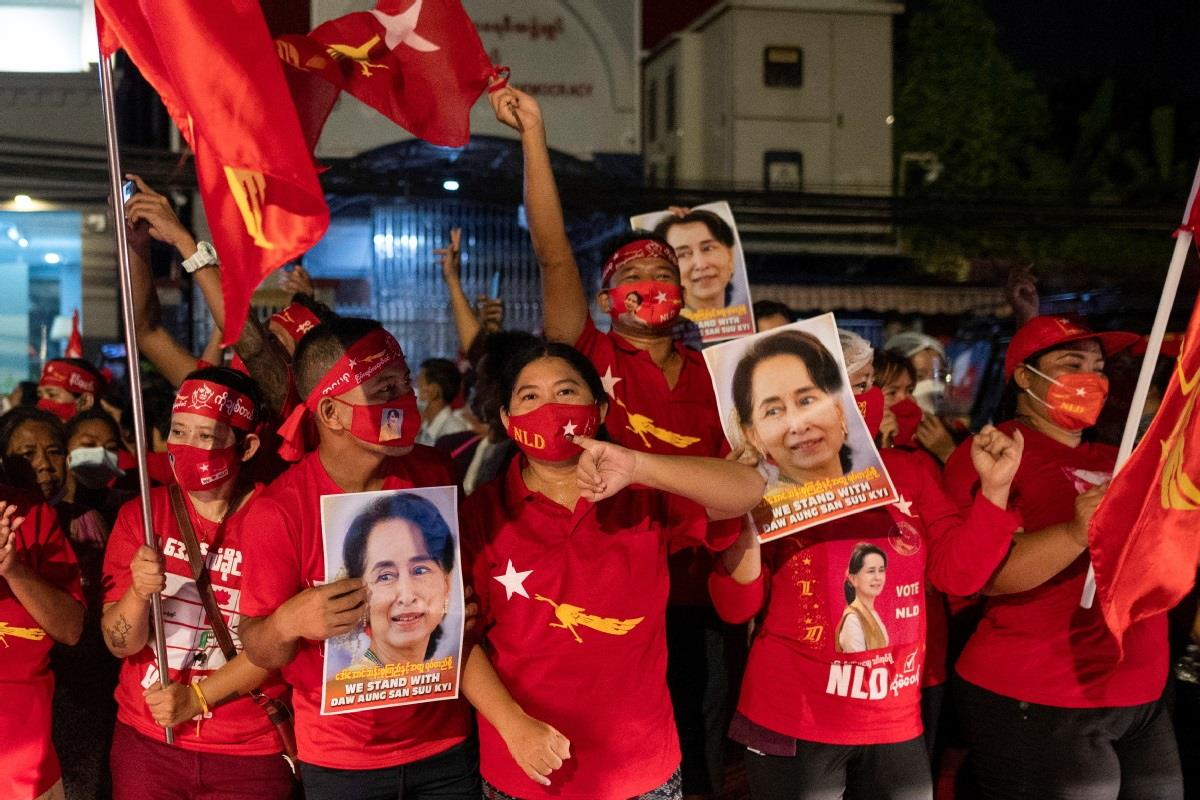