MANILA, Nov. 13 (CNA) - The death toll in the typhoon-battered Philippines has risen to 14, an official said on Friday (Nov 13), after some of the worst flooding in years swamped villages and forced thousands to flee their homes.

Torrential rain dumped by Typhoon Vamco - the third powerful storm to hit the country in as many weeks - inundated low-lying areas of Manila and surrounding provinces, trapping people on rooftops and balconies.

As floodwaters receded and residents began to return home, the scale of the destruction left by Vamco became clearer.

In Marikina City, one of the hardest hit areas of the capital, mud-covered washing machines, televisions, couches, office chairs and bicycles were piled up on streets as residents swept debris and murky water from their houses.

Hundreds of thousands were still without power after Vamco lashed the most populous island of Luzon on Wednesday and Thursday, triggering landslides, toppling trees and cutting off roads.

Some deaths were still being verified, officials said, suggesting the toll was likely to rise.

The military put the number of fatalities at 39 with 22 missing.

Authorities vowed to distribute food and other essentials to victims, many of whom were still recovering from typhoons Molave and Goni that killed dozens of people, destroyed tens of thousands of houses and knocked out power to swathes of the country in recent weeks.

READ: Singapore to contribute US$200,000 in disaster relief for ASEAN nations hit by typhoon, floods

"Unfortunately, we couldn't do anything about the floodwater which rose too fast ... but we made sure no one will be left behind," he said.

Officials said many people had ignored orders to evacuate their homes and were caught by surprise by the fast-rising waters.

Police, soldiers and the coast guard were deployed to assist in rescue efforts, using boats to reach thousands of people stranded. The operations were made more complicated by the COVID-19 pandemic.

The severity of the flooding in Manila and the neighbouring province of Rizal sparked comparisons with the devastation caused by Typhoon Ketsana in 2009 that killed hundreds.

The Philippines is hit by an average of 20 storms and typhoons every year, which typically wipe out harvests, homes and infrastructure in already impoverished areas.

It is particularly affected by climate change with many people living in coastal areas that are vulnerable to storm surges engorged by rising seas and severe flooding. 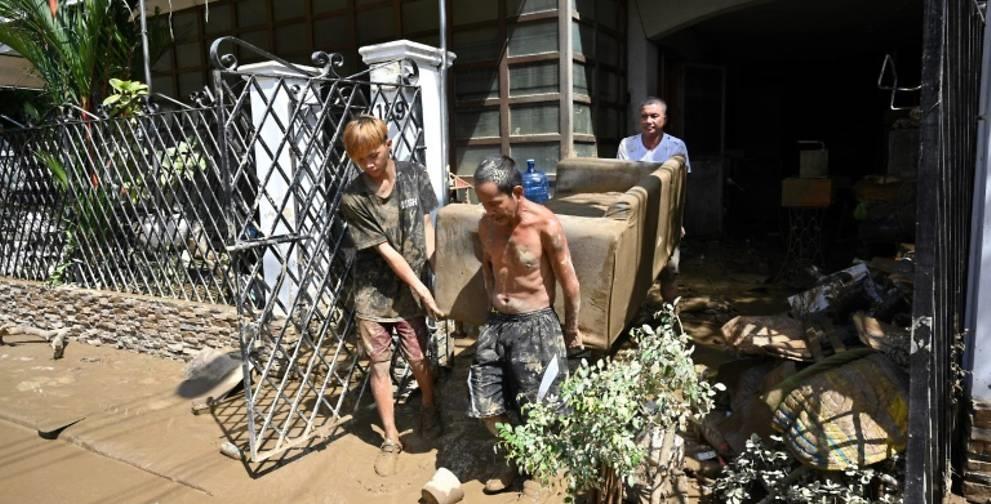