An air leak caused an unexpected drop in capsule pressure less than two hours before launch, NASA officials said. But technicians said they conducted a successful leak check, and the scheduled launch was still on.

The 27-hour ride to the space station, an orbiting laboratory some 250 miles (400 km) above Earth, was originally scheduled to begin on Saturday. But the launch was postponed for a day due to forecasts of gusty winds - remnants of Tropical Storm Eta - that would have made a return landing for the Falcon 9’s reusable booster stage difficult, NASA officials said.

The astronauts donned their custom white flight suits and arrived at the Kennedy Space Center launch pad on schedule at 4:30 p.m. in three white Tesla SUVs, flanked by NASA and SpaceX personnel.

SpaceX mission operator Jay Aranha, speaking from the company’s Hawthorne, California headquarters, told the crew to “have an amazing trip, and know that we are all for one.”

Mission commander Mike Hopkins responded, saying “to all the people at NASA and SpaceX, by working together through these difficult times, you’ve inspired the nation the world.”

Vice-President Mike Pence attended the launch and said beforehand that under President Donald Trump, America had “renewed our commitment to lead in human space exploration.” 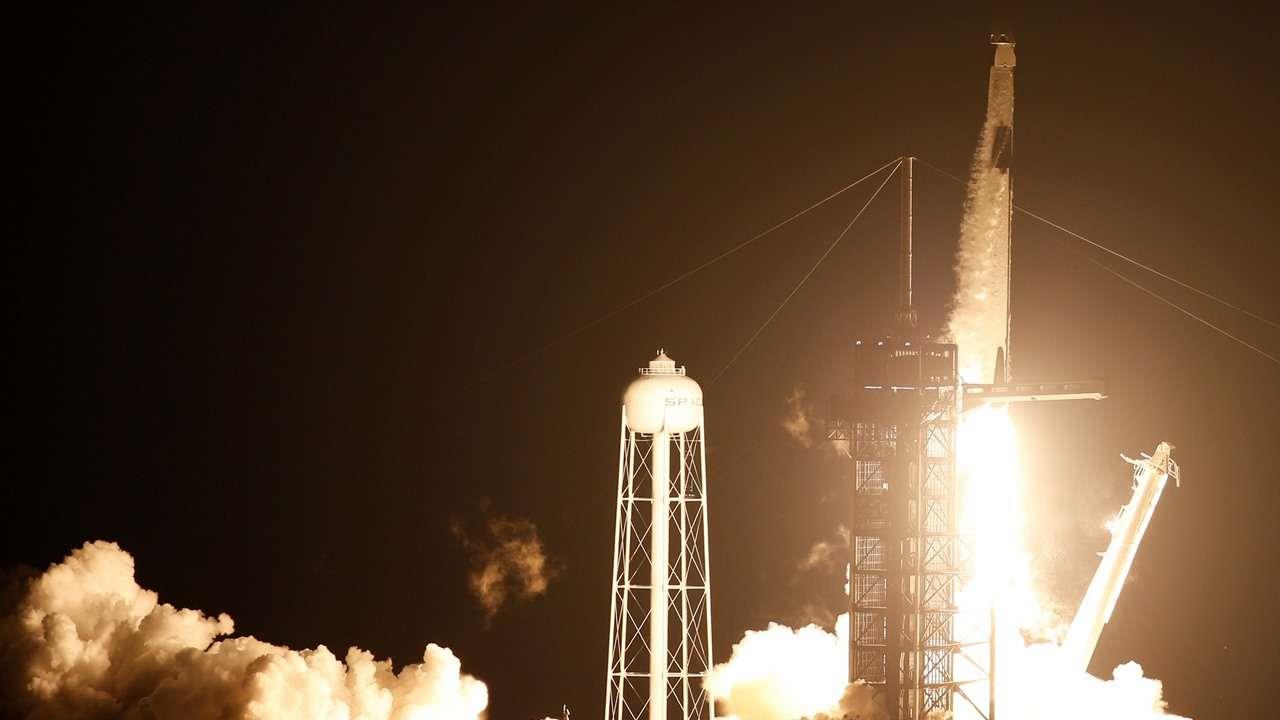 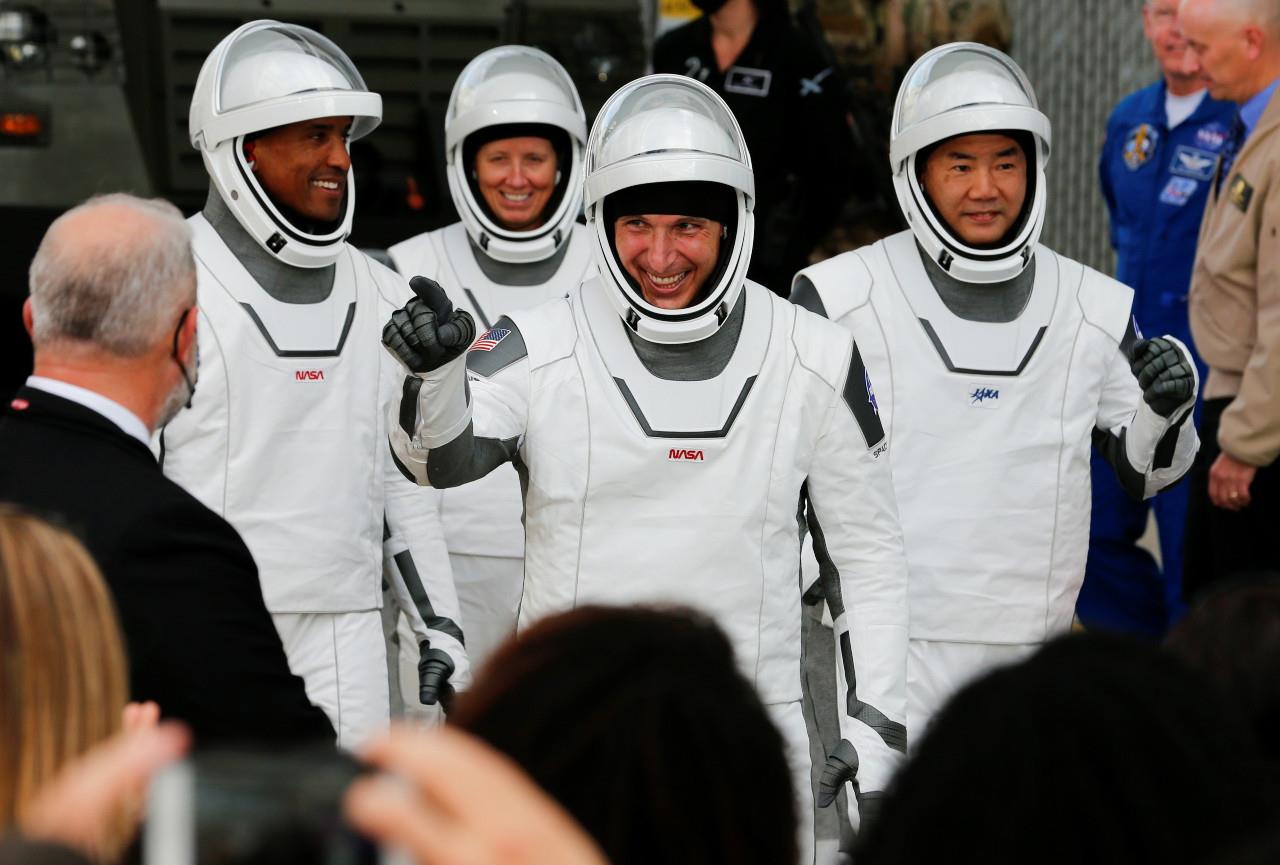