WASHINGTON, Nov. 15 (CNA) - President Donald Trump backtracked after appearing on Sunday (Nov 15) to acknowledge for the first time that Joe Biden won the Nov 3 election, saying he conceded "nothing" and repeating his unfounded claims of widespread voting fraud.

Biden defeated Trump by winning a series of battleground states that the Republican incumbent had won in 2016. The Democratic former vice president also won the national popular vote by more than 5.5 million votes, or 3.6 percentage points.

Trump made his conflicting statements in a series of Twitter posts.

"He won because the Election was Rigged," Trump wrote on Sunday morning, not referring to Biden by name. "NO VOTE WATCHERS OR OBSERVERS allowed, vote tabulated by a Radical Left privately owned company, Dominion, with a bad reputation & bum equipment that couldn't even qualify for Texas (which I won by a lot!), the Fake & Silent Media, & more!"

About an hour later, Trump wrote, "He only won in the eyes of the FAKE NEWS MEDIA. I concede NOTHING! We have a long way to go. This was a RIGGED ELECTION!"

Trump had yet to concede the election to Biden who was called the winner on Nov 7 after enough states results came in to hand the former Democratic vice president victory.

Biden has won 306 votes in the state-by-state Electoral College system that determines the presidential winner, according to Edison Research, far more than the 270 needed.

The federal agency in charge of providing those resources, the General Services Administration, has yet to recognise Biden's victory.

The US President has also stalled the government's normal process of preparing for a new presidential administration, which both Democrats and some Republicans have said has serious national security implications.

Trump's campaign team and Republicans have also sought to press their case in court in key battleground states, but have been widely rejected.

Election officials of both parties have said there is no evidence of major irregularities. Democrats and other critics have accused Trump of trying to delegitimize Biden's victory and undermine public confidence in the American electoral process. Before the election, Trump had refused to commit to a peaceful transfer of power. 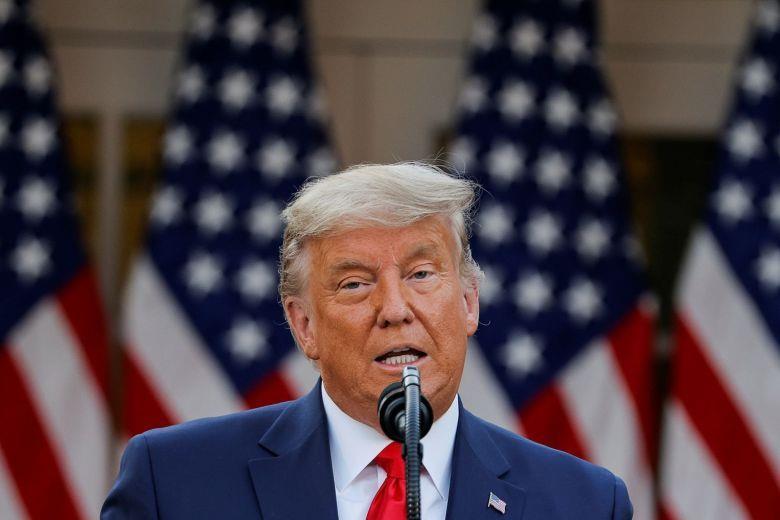