WILMINGTON, Nov. 16 (CNA) - President-elect Joe Biden on Monday (Nov 16) said the United States must join forces with other world democracies to present a united front in global trade policy as a counterweight to China.

"The idea that we're poking our fingers in the eyes of our friends and embracing autocrats makes no sense to me," Biden said in a press conference to discuss his economic plan.

Asked about whether the US should join the newly created free trade bloc the Regional Comprehensive Economic Partnership, or RCEP, Biden said he has spoken to many world leaders about international trade but is constrained by US law to not be able go into details with them or publicly.

"There's only one president at a time as to who can say what our policy will be, " he said.

He pledged to release details of his trade policy agenda on Jan 21 - the day after he takes office.

Outgoing US President Donald Trump used an aggressive trade policy against friend and foe alike, imposing tariffs on steel, aluminum and other goods from Canada, Mexico and the European Union, in addition to China.

"We need to be aligned with the other democracies ... so that we can set the rules of the road instead of having China and others dictate outcomes because they are the only game in town," Biden said.

The Trump administration eschewed multilateral organisations, and hamstrung the World Trade Organization over claims it was unfair to the US, paralysing the dispute settlement body and blocking the naming of a new director general.

Trump's rhetoric was generally more friendly towards Russia and North Korea, a pariah nation whose head of state nevertheless won two meetings with the US president.

Biden on Monday said he will not pursue "punitive" trade policy, but rather aim to make American workers more competitive, and ensure labor and environmental leaders "are at the table in any trade deals we make".

Biden also repeated his pledge to rejoin the World Health Organization and the Paris climate accord, which Trump walked away from. 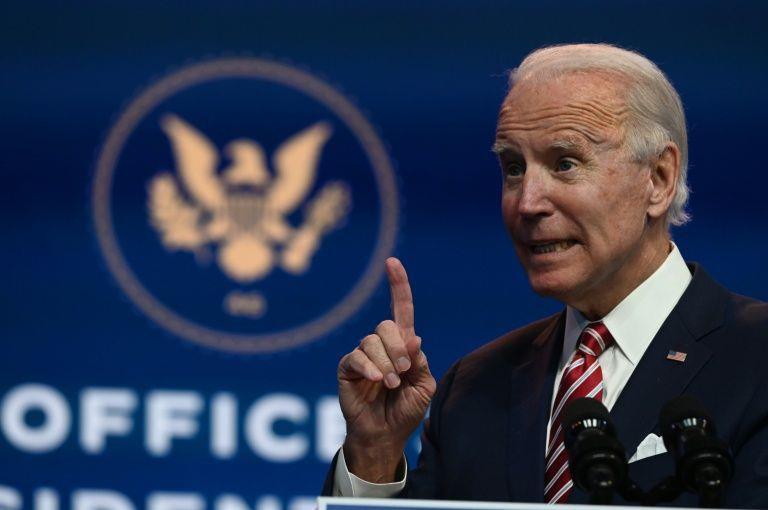