BANGKOK, Nov. 17 (CNA) - Thailand's political battleground shifted on Tuesday (Nov 17) from the streets to the country's parliament, where lawmakers are considering proposals to amend the Constitution, one of the core demands of the nation's student-led protest movement.

Seven draft constitutional amendments are scheduled to be voted on in a two-day joint session of the House and Senate. Constitutional changes require a joint vote of those two bodies. Any that are passed will have to go through second and third readings at least a month after this week's vote.

Thailand has had 20 Constitutions since abolishing the absolute monarchy in 1932 in favour of a constitutional monarchy.

It is not expected that parliament at this point will agree on specific changes for inclusion in a new charter, though the protesters back a draft that would roll back aspects of the current 2017 Constitution – enacted during military rule – that granted extra powers to unelected branches of government.

Instead, parliament is likely to establish a Constitution drafting committee to write a new charter. This would allow the government to say it is willing to meet the protesters' demands at least halfway, while buying time with a process that could extend over many months.

Consensus could also be reached on a draft that would allow all points in the Constitution to be amended, with the significant exception of articles concerning the monarchy. Reform of the monarchy is another key demand of the protest movement, which believes the royal institution is too powerful and lacking accountability.

But any consideration of sections concerning the monarchy is fiercely opposed by the government and its supporters, who consider the institution untouchable. The sole draft that calls for considering amending all parts of the Constitution is almost certain to be rejected.

The movement, which supports substantial changes to the Constitution, says it plans to have its followers surround the parliament building in a show of strength. The movement has been staging mass rallies of thousands of people around the country for months.

A contending group of a couple of hundred royalists who oppose changes gathered outside of Parliament on Tuesday morning as the session opened and departed ahead of the expected afternoon arrival of the protest group.

The parliamentary session is an effort by the government of Prime Minister Prayut Chan-o-cha to take the initiative away from the protest movement, which in addition to seeking constitutional changes and reforms to the monarchy wants Prayut and his government to step down.

The protesters allege that Prayut, who as army chief in 2014 led a coup that ousted an elected government, was returned to power unfairly in last year's election because laws had been changed to favour a pro-military party. The protesters also say the Constitution, written and enacted under military rule, is undemocratic.

It is their unprecedented demand for reforms to the monarchy that has caused the most stir. The issue touches a raw nerve in Thailand, where reverence for the royal institution is inculcated from birth and protected by a law that makes defaming the monarch and his immediate family punishable by up to 15 years in prison.

The most controversial amendment is the one proposed by a progressive civic association, the Internet Law Reform Dialogue, which collected about 100,000 signatures to put it on the parliamentary agenda.

It seeks many specific changes to the 2017 charter, but its biggest sticking point is that it would allow changes to be made in articles in the Constitution covering the monarchy. 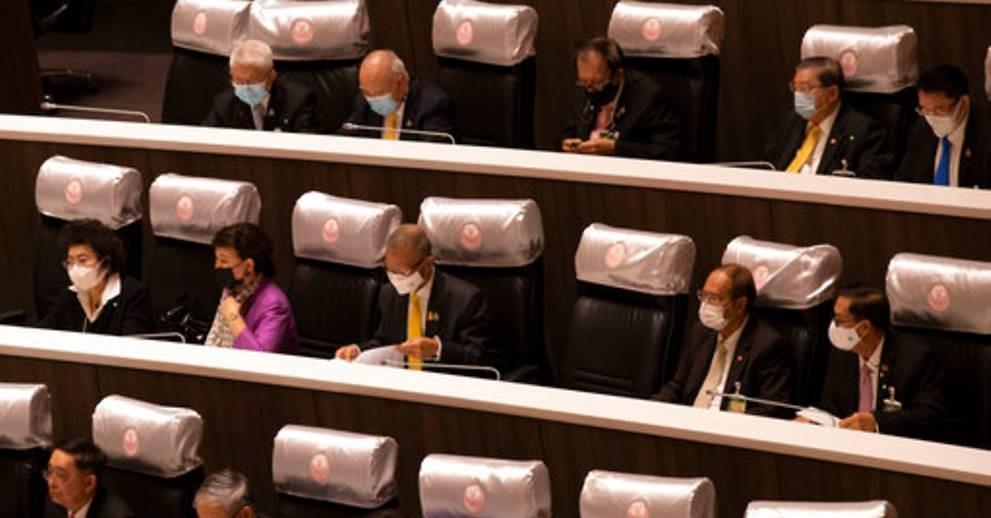