SAN FRANCISCO, Nov. 16 (CNA) - President Donald Trump on Tuesday (Nov 17) fired the top US cybersecurity official Chris Krebs in a tweet, accusing him without evidence of making a "highly inaccurate" statement on the security of the US election.

Reuters reported last week that Krebs, who worked on protecting the election from hackers but drew the ire of the Trump White House over efforts to debunk disinformation, had told associates he expected to be fired.

A CISA spokesperson did not respond to a request for comment.

According to the Associated Press, the firing of Krebs comes as Trump is refusing to recognise the victory of Democratic President-elect Joe Biden and removing high-level officials seen as insufficiently loyal.

The Reuters report prompted an outpouring of support from security experts around the country, who praised Krebs for his bipartisan work in the past two years.

Krebs angered the White House over a website run by CISA dubbed "Rumor Control", which debunks misinformation about the election, according to the three people familiar with the matter.

A former Microsoft executive, he ran CISA from its creation in the wake of Russian interference with the 2016 election through the November election.

Recently, Krebs has repeatedly pushed back against false claims that the election was tainted.

Earlier on Tuesday, he tweeted out a report citing 59 election security experts saying there is no credible evidence of computer fraud in the 2020 election outcome.

Trump fired back on Twitter later in the day. He repeated unsubstantiated claims about the vote and wrote “effective immediately, Chris Krebs has been terminated as Director of the Cybersecurity and Infrastructure Security Agency".

Krebs, from his personal Twitter account, responded: “Honored to serve. We did it right. Defend Today, Secure Tomorrow." He closed with the phrase “Protect 2020,” which had been his agency's slogan ahead of the election.

Krebs kept a low profile even as he voiced confidence ahead of the November vote and, afterward, knocked down allegations that the count was tainted by fraud.

At times, he seemed to be directly repudiating Trump, a surprising move from a component of DHS, an agency that has drawn criticism for seeming to be too closely allied with the president’s political goals.

CISA issued statements dismissing claims that large numbers of dead people could vote or that someone could change results without detection.

It also distributed a statement from a coalition of federal and state officials concluding there was no evidence that votes were compromised or altered in the Nov 3 election and that the vote was the most secure in American history.

“It’s not our job to fact check the president,” he said at a briefing with reporters on the eve of the election. 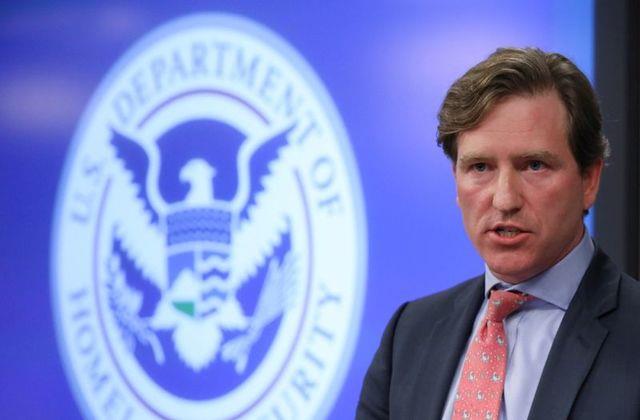