Thai PM Says All Laws to be Used against Protesters

BANGKOK, Nov. 19 (Reuters) - Thai Prime Minister Prayuth Chan-ocha said on Thursday that all laws would be used against protesters who break them, as demonstrations escalate for his removal and for reforms to curb the powers of King Maha Vajiralongkorn.

Activists voiced concern that this could mean the resumption of prosecutions under some of the world’s harshest royal insult laws.

The protests are the greatest challenge to Thailand’s establishment in years and have broken a longstanding taboo by criticising the monarchy, which can carry a jail term of up to 15 years.

Prayuth’s announcement came a day after thousands of protesters threw paint at Thai police headquarters in what they said was a response to the use of water cannon and teargas that hurt dozens on Tuesday, the most violent day of protests since July. Some protesters also sprayed anti-monarchy graffiti.

“The situation is not improving,” Prayuth said in a statement. “There is a risk of escalation to more violence. If not addressed, it could damage the country and the beloved monarchy.

“The government will intensify its actions and use all laws, all articles, to take action against protesters who broke the law.”

It did not specify whether this included Article 112 of the criminal code, which forbids insulting the monarchy. Prayuth said earlier this year that it was not being used for the moment at the request of the king.

“This could mean they are using Article 112 to arrest protest leaders,” said activist Tanawat Wongchai on Twitter. “Is this a compromise?”

Although the Royal Palace has not commented on the protests, the king recently referred to Thailand as a “land of compromise” - a phrase that has been treated with scorn by protesters.

Outraged by the anti-monarchy graffiti at Wednesday’s demonstration, some royalists called for the application of Article 112 in posts on social media.

Dozens of protesters, including many of the most prominent leaders, have been arrested on a variety of charges in recent months, though not for criticising the monarchy.

A major protest is planned at the Crown Property Bureau on Nov. 25 over the management of the palace fortune, which the king has taken into his personal control. The fund is valued in the tens of billions of dollars.

Protesters said there would be seven more days of demonstrations after that. 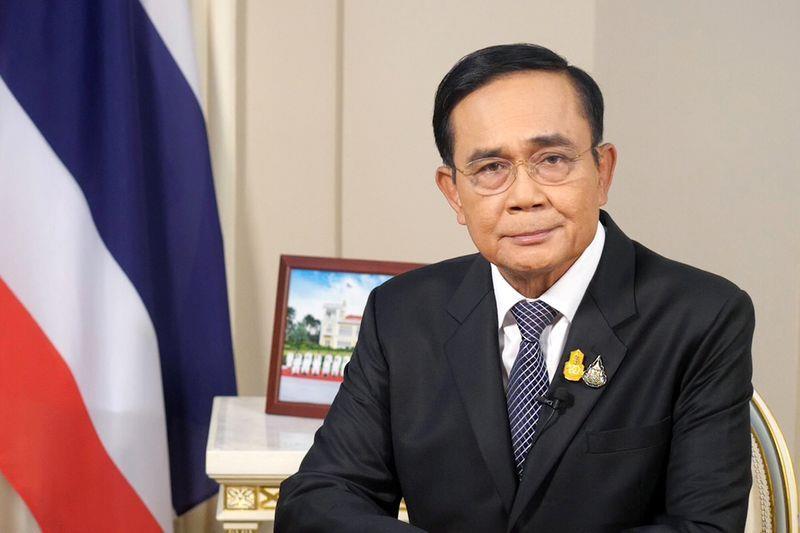