TOKYO, Dec. 7 (Reuters) - Bird flu has been detected in a fifth Japanese prefecture, the agriculture ministry said on Monday, as a wave of infections at poultry farms sparks the Japan's worst outbreak in more than four years.

Just over 130,000 chickens at two farms in Mihara city will be slaughtered and buried, while exports in a 3km (1.8 mile) radius around the farm will be restricted.

The new action means nearly 2 million chickens will have been culled since the latest outbreak began.

Japan's last outbreak of bird flu was in January 2018 in Kagawa prefecture, when 91,000 chickens were culled.

The last big outbreak was between November 2016 and March 2017, when a total of 1.67 million chickens were culled due to the H5N6 strain of bird flu.

Bird flu is being reported around the world, with South Korea last week confirming another case in an outbreak that has led to the culling of around 400,000 chickens and ducks.

In Europe, the poultry industry is on alert as a highly contagious bird flu, deadly to animals, is spreading rapidly on the continent. 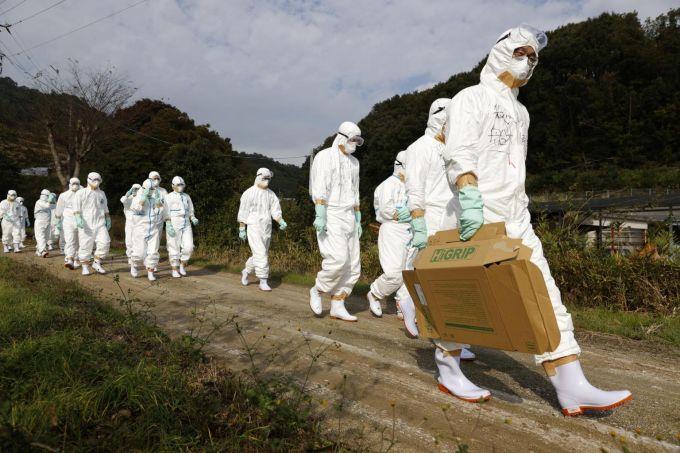