SEOUL, Dec. 9 (CNA) - North Korea lashed out at South Korean Foreign Minister Kang Kyung-wha for casting doubt over its claim that there were no coronavirus outbreaks there, warning of consequences for her "impudent" comment, state media said on Wednesday (Dec 9).

Kang said on Saturday that it was "hard to believe" that North Korea had no coronavirus cases even as the country has been making all-out efforts to prevent the disease.

North Korea has not officially confirmed any infections, though it has said there were thousands of "suspected cases".

"It can be seen from the reckless remarks made by her without any consideration of the consequences that she is too eager to further chill the frozen relations," Kim said.

"We will never forget her words and she might have to pay dearly for it."

South Korean President Moon Jae-in and Kim Jong Un held three summits in 2018 but the relations have made little progress since a failed 2019 summit between Kim and US President Donald Trump, which Moon had offered to mediate.

Seoul's National Intelligence Service has said an outbreak in the North cannot be ruled out as the isolated country had trade and people-to-people exchanges with China, where the virus emerged a year ago, before sealing the border in late January.

The KCNA report came as US Deputy Secretary of State Stephen Biegun, Washington's point man on North Korea who had led denuclearisation talks, arrived in Seoul late on Monday on his potential last trip before a new US administration under President-elect Joe Biden takes office next month.

Pyongyang has not issued a formal response to the recent US election. 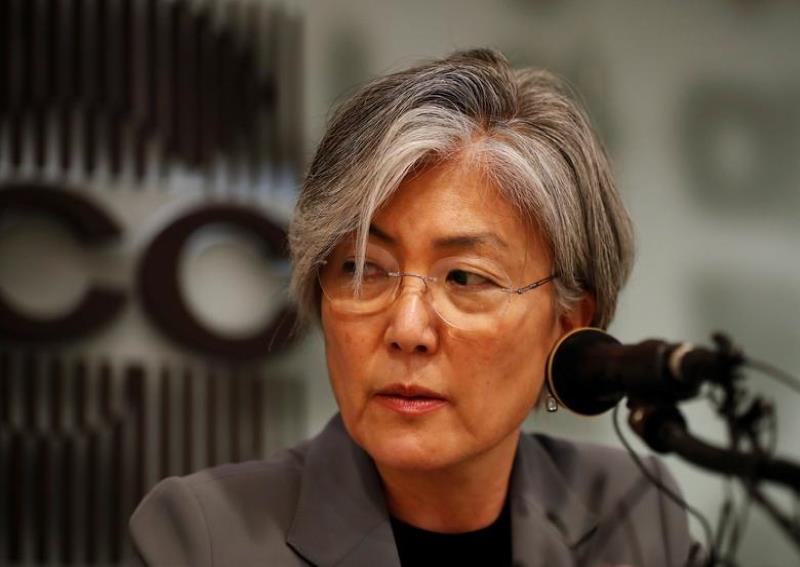