The House passed the bill, known as a continuing resolution, with a vote of 343-67, sending it to the Senate for approval.

Current funding for federal government agencies is set to expire on Friday. The stopgap funding bill would provide more time for lawmakers to negotiate a deal in COVID-19 relief and long-term government funding.

House Speaker Nancy Pelosi and Senate Majority Leader Mitch McConnell have recently said that they want to attach a long-awaited COVID-19 relief legislation to an omnibus funding bill, which will keep the government open while providing targeted relief to households and businesses.

"The impact of this pandemic on our hospitals has been catastrophic, with record-breaking numbers of Americans in the ICU and dire bed shortages. Lives are at stake, and we must pass COVID-19 relief as soon as possible," House Majority Leader Steny Hoyer said Wednesday on the Twitter.

Despite of a surge in COVID-19 cases across the country, Democratic and Republican lawmakers have been deadlocked for months over the size and scope of the next relief package.

"The President's proposal starts by cutting the unemployment insurance proposal being discussed by bipartisan Members of the House and Senate from $180 billion to $40 billion. That is unacceptable," Pelosi and Schumer said Tuesday in a joint statement.

Without a new relief package, many Americans will soon lose their unemployment benefits and begin to face hardships like eviction and foreclosure by the end of the year.

The U.S. Chamber of Commerce on Monday warned that failure to enact a meaningful pandemic package "risks a double-dip recession that will permanently shutter small businesses across the nation and leave millions of Americans with no means to support themselves and their families." 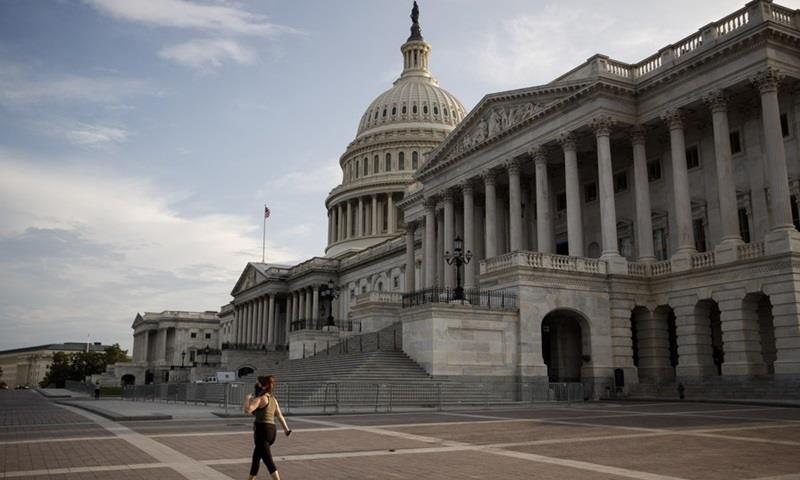