Lai, an ardent critic of Beijing, became the most high profile person charged under the sweeping new law.

The law has been condemned by the West and human rights groups as a tool to crush dissent. Authorities in Hong Kong and Beijing say it is vital to plug gaping holes in national security defences exposed by months of sometimes violent protests that rocked the city over the last year.

News of the charges comes as authorities intensify a crackdown on opposition forces that has seen lawmakers dismissed and high-profile democracy activists such as Joshua Wong jailed.

Hong Kong police did not immediately respond to a request for comment.

Lai, 73, was denied bail earlier this month on a separate charge of fraud related to the lease of a building that houses his Apple Daily, an anti-government tabloid.

Lai had been a frequent visitor to Washington, where he has met officials, including Secretary of State Mike Pompeo, to rally support for Hong Kong democracy, prompting Beijing to label him a "traitor".

He was being prosecuted for his alleged part in last year's anti-government rallies.

Prosecutors have tried bringing cases against him in the past.

He was acquitted in September of intimidating a reporter from a rival pro-government newspaper.

The corruption watchdog also dropped a case against him over political donations to supporters after four years of investigations.

The pro-Beijing authorities in the finance hub have increasingly targeted prominent members of Hong Kong's democracy movement, including young leaders such as Joshua Wong and Agnes Chow, who were jailed last week.

The crackdown has provoked outrage in the West and fear for millions who last year took to the streets to protest China's tightening grip on the city.

Beijing says stability and order has been restored and has dismissed the huge crowds that protested as a foreign plot to destabilise China.

Critics say Beijing has shredded the freedoms and autonomy Hong Kong was promised ahead of its handover by Britain.

Lai has long said he fears authorities want to shutter his newspaper, one of the few local outlets still willing to vocally take on Beijing.

In Chinese state media, he is routinely cast as a traitor and "black hand". 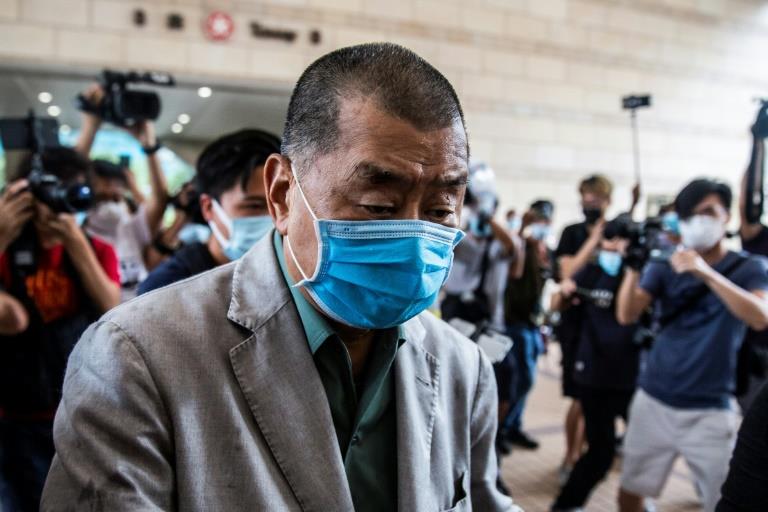