NEW YORK, Dec. 13 (Xinhua) -- A gunman died Sunday afternoon after he was critically shot by police when he opened fire near a crowd of people who gathered for a Christmas concert outside a famous church in Manhattan of New York City.

Two officers of the New York Police Department and a sergeant were present at the scene and opened fire, striking the gunman in the head, a police source said.

Police critically injured the man during the shooting that occurred at about 3:45 p.m. local time (2045GMT) outside the Cathedral of St. John the Divine at the corner of West 112th Street and Amsterdam Avenue, which is within the walking distance from Columbia University.

Manhattan Councilman Mark Levine said the man who appeared to be emotionally disturbed climbed scaffolding in the church and "began shooting a gun indiscriminately in the air."

"He was yelling that he wanted to be killed," Levine tweeted. "Police arrived quickly. The suspect was shot."

Local media reports said that the gunman, in his 50s, was detained by the police and brought to a local hospital in critical condition. He was later declared dead at St. Luke's Hospital.

No other injuries were reported. 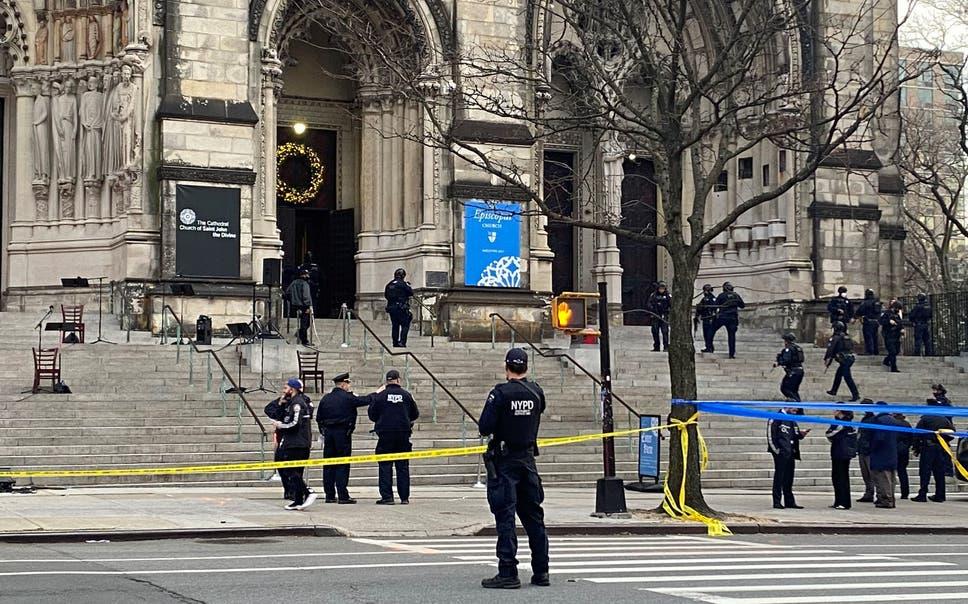