WASHINGTON, Dec. 13 (CNA) - Long a mere formality, a vote on Monday (Dec 14) by members of the Electoral College to formally recognise Joe Biden as the next US president has taken on unusual import this year with Donald Trump stubbornly refusing to admit defeat.

The results of the Nov 3 vote have been certified by each of the 50 states and the District of Columbia; the Democrat won with a record 81.3 million votes, or 51.3 per cent of those cast, to 74.2 million, and 46.8 percent, for the Republican president.

But in the United States, the occupant of the White House is chosen by indirect universal suffrage, with each state allocating its electors - whose numbers are essentially based on population - to the candidate who carried the state.

The results confirm an easy victory for Biden, with 306 of the 538 electoral votes, to 232 for Trump, with 270 required for election.

Electoral College members meet Monday to formalise the process, though the electors actually meet separately in each state.

Biden will then deliver a speech in the evening to celebrate the latest confirmation of his win and "the strength and resilience" of US democracy - a clear jab at Trump's unprecedented stance.

Most are unknown to the wider public, though national personalities occasionally take part - like Hillary Clinton, who lost to Trump in the 2016 election but who will vote Monday in New York to confirm President-elect Biden and Vice President-elect Kamala Harris.

Although there have been a few "faithless electors" in past years - who cast votes for someone other than the candidate who won their state - there have never been enough to change an election outcome.

So Biden's victory will become all the more official on Monday.

But Trump, still the legal occupant of the White House until Jan 20, has continued to make baseless assertions that the November vote was the "MOST CORRUPT ELECTION IN US HISTORY," as he tweeted yet again on Sunday.

He added: "How do states and politicians confirm an election where corruption and irregularities are documented throughout?"

In fact, his campaign has not been able to document any widespread fraud, and its legal challenges to the vote - in dozens of suits, heard by scores of judges - have virtually all been dismissed, often in scathing language.

In an ultimate humiliation, the US Supreme Court - despite having a conservative majority assured by three Trump appointees - on Friday bluntly refused to even consider two Republican challenges to the vote.

Large numbers of Republican lawmakers are on record as backing Trump's false claims of fraud.

Some may finally be willing to recognise Biden's victory once the Electoral College ratifies it.

But with polls showing that as few as one in four Republican voters accept the election results as valid, Trump is not expected to give in anytime soon.

"WE HAVE JUST BEGUN TO FIGHT!!!" he tweeted.

This weekend, when asked on Fox News whether he would attend Biden's inauguration on Jan 20 - as demanded by protocol and centuries of tradition - the former real estate magnate snapped, "I don't want to talk about that."

The president might yet seek to use America's drawn-out transition process in one last attempt to reverse the outcome: some elected officials allied with Trump have speculated about contesting the result on Jan 6 when Congress is to formally validate the Electoral Congress tally.

Such a maneuver is given virtually no chance of succeeding.

Regardless, Trump's struggle against a repeatedly confirmed result seems sure to leave Biden facing a steep challenge with the country more divided than ever. 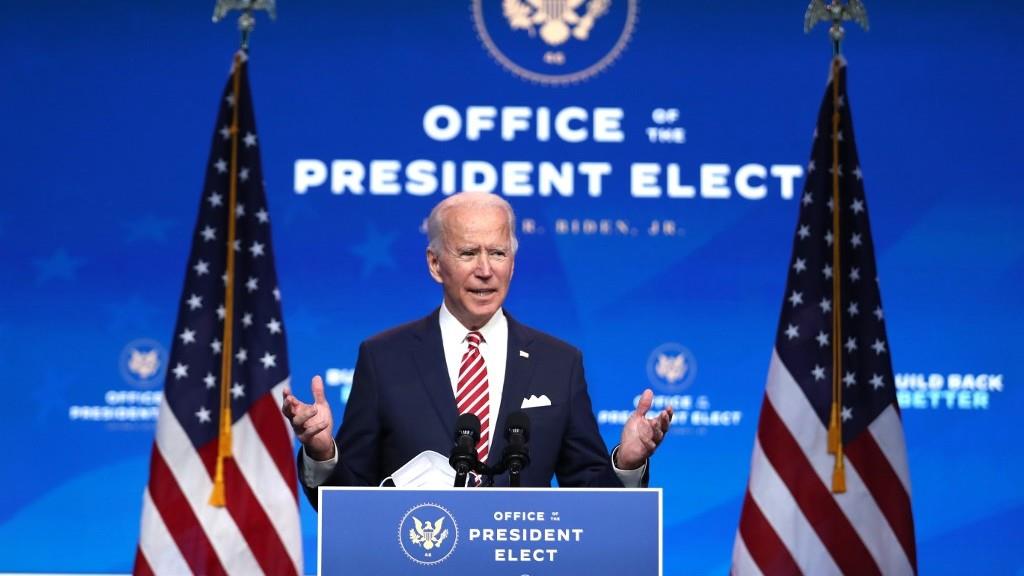