Barr, who had angered Trump by not supporting his incorrect claims that the Nov. 3 election result had been tainted by widespread fraud, said he would leave office on Dec. 23, a little less than a month before Biden is sworn in on Jan. 20.

“Our relationship has been a very good one, he has done an outstanding job!” Trump said of Barr on Twitter.

A White House official told Reuters that Barr resigned on his own accord.

Trump lashed out at Barr on Twitter over the weekend after the Wall Street Journal reported that Barr knew earlier this year about an investigation into Biden’s son Hunter’s taxes.

Trump retweeted a comment from radio host Todd Starnes saying Barr should be fired for not disclosing the probe during the campaign. “A big disappointment!” Trump said in his tweet.

Barr’s fate in the waning days of the Trump administration had been in question since he said earlier this month that a Justice Department investigation had found no sign of major fraud in the election, contradicting Trump’s claims.

Trump’s legal team accused Barr of failing to conduct a proper inquiry into the allegations.

Barr’s resignation letter was released shortly after he briefed the president about the Justice Department’s review into the Trump campaign’s voter fraud claims. In it, Barr pledged the allegations “would continue to be pursued.”

In the letter, Barr also praised what he called Trump’s historic record, saying he had helped boost the economy, strengthen the military and curb illegal immigration.

“I am proud to have played a role in the many successes and unprecedented achievements you have delivered for the American people,” Barr wrote.

Biden beat Trump by 306 to 232 votes in the state-by-state Electoral College that chooses the president, as well as by more than 7 million ballots in the popular vote.

Despite that, Trump has refused to concede and continues to promote his baseless voting fraud allegations, which have been repeatedly rejected by state and federal officials.

Trump has pursued a series of legal challenges in numerous states, but he has not managed to prevail in any of them.

Last week, the U.S. Supreme Court rejected a long-shot lawsuit by Texas that was backed by Trump and a number of other states seeking to throw out voting results in four states, dealing what is seen as the fatal blow in his quest to undo his election loss. 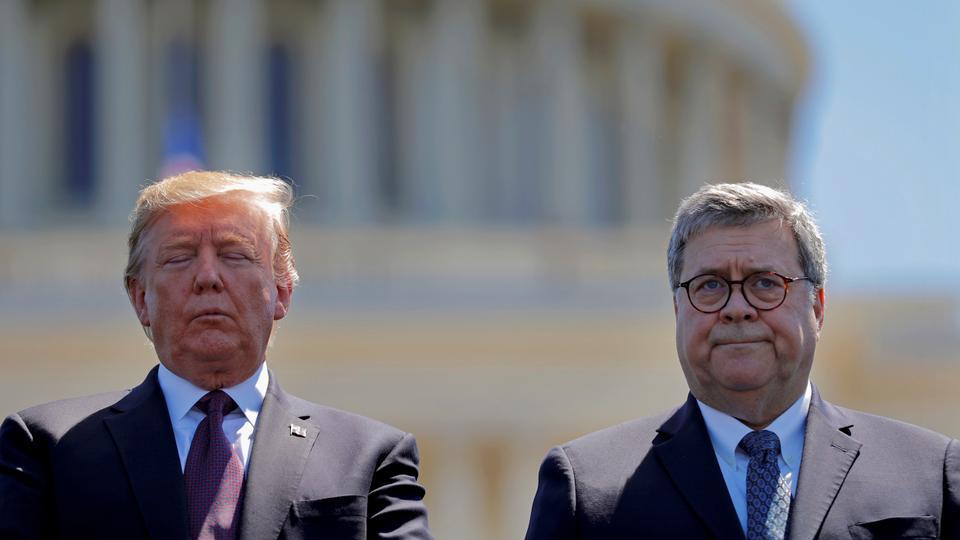