WASHINGTON, Dec. 15 (CNA) - President Donald Trump is leaving the White House but he is not going to fade away quietly.

After failing in his legal efforts to overturn his Nov 3 election loss to Democrat Joe Biden, who on Monday (Dec 15) won the state-by-state Electoral College vote that formally determines the US presidency, Trump will re-enter private life on Jan 20 with an array of opportunities.

They include another White House run in 2024 or new pursuits in media. But they are clouded by potential legal jeopardy and business challenges.

Only one thing is certain: Trump's thirst for the spotlight will ensure he does not follow in the footsteps of past presidents like George W Bush, who quietly took up painting, or Jimmy Carter and his global activism.

Trump's future, like his presidency, is likely to be loud, brash and brazen.

It will also not be entirely under his control. He faces a range of civil and criminal legal actions related to his family's businesses and his activities before he took office, which could accelerate once he loses the legal protections granted to the occupant of the Oval Office.

Trump, who has refused to concede his election defeat and continues to make baseless claims of widespread voter fraud, has told allies he is considering another White House bid.

He has even discussed not attending Biden's inauguration and announcing his 2024 run that day, a move that would allow him to continue the raucous campaign rallies he thrived on in 2016 and 2020.

That would complicate life for a long list of other Republicans considering a 2024 run - including Vice President Mike Pence, former UN Ambassador Nikki Haley and Senators Marco Rubio and Tom Cotton - who would have to weigh whether to take on Trump.

But it would be the sort of norm-busting move Trump relishes. The US Constitution allows presidents to be elected to office twice and the terms do not have to be consecutive.

Grover Cleveland is the only American president to serve two nonconsecutive terms. He left the White House in 1889 after being defeated for re-election and returned in 1893.

Trump has already formed a political action committee that will allow him to raise money and exert influence in the party after he leaves office, whether he becomes a candidate or not.

Trump's desire to retain his political influence also was evident in his recent endorsement of close ally Ronna McDaniel for another term as Republican National Committee chairwoman.

RNC members will vote in late January on whether to keep McDaniel as chair in an early test of how powerful Trump remains and how willing Republicans are to subjugate the party to his wishes.

The former star of reality series "The Apprentice," Trump has also discussed several possible new media ventures to keep him in the spotlight, advisers said, including a television channel or a social media company to compete with those he felt betrayed him.

A television news channel would take on Fox News, a close Trump ally that has drawn his ire since the election for being insufficiently supportive. Aides described Trump as particularly irate at Fox News for its election-night decision to call the swing state of Arizona for Biden when the result was still uncertain.

Biden eventually won Arizona, but most other networks did not make the call for days afterward.

Trump could collaborate with existing conservative cable networks One America News Network or Newsmax, which have both focused heavily on positive portrayals of Trump.

Trump also has discussed with advisers a plan to start a social media company to compete with Twitter, which has repeatedly posted content warnings on his tweets that make unfounded allegations of widespread election fraud.

But Trump faces significant financial challenges, including a hit to his business brand given his polarizing presidency and to his real estate, travel and leisure industry holdings from the coronavirus pandemic.

Forbes estimated in September that Trump's net worth had dropped an estimated US$600 million in the previous year, to US$2.5 billion. The New York Times reported Trump had personally guaranteed US$421 million of his companies' debts.

Once he leaves office, Trump also will have to fight several legal issues, all made more threatening because he will lose the legal protections afforded a sitting president.

Manhattan District Attorney Cyrus Vance has been conducting a criminal investigation of Trump and the family company, the Trump Organization. The probe originally focused on hush-money payments made before the 2016 election to two women who said they had sexual encounters with Trump, which the president has denied.

But Vance, a Democrat, suggested in recent court filings the probe had broadened and could now focus on bank, tax and insurance fraud, as well as falsification of business records. Trump has called the case politically motivated harassment.

New York Attorney General Letitia James, also a Democrat, has an active tax fraud investigation into Trump and the family company that began after his former lawyer Michael Cohen told Congress the president inflated asset values to save money on loans and insurance and deflated them to reduce real estate taxes.

The Trump Organization has argued the case is politically motivated. The inquiry is a civil investigation, which could result in financial penalties but not jail time.

Trump also faces separate defamation lawsuits related to alleged sexual assaults, both of which he denied, brought by two women - E Jean Carroll, a former Elle magazine writer, and Summer Zervos, a 2005 contestant on "The Apprentice."

Mary Trump, the president's niece, also has filed a lawsuit accusing him and two family members of fraud and conspiracy to deprive her of her share of the family's real-estate empire.

Trump also could face a criminal prosecution brought by the US Justice Department for federal income-tax evasion charges. The New York Times recently reported Trump paid US$750 in federal income taxes in both 2016 and 2017.

Trump rejected the Times' findings and it is not clear if he violated the law. Any federal prosecution would be contentious; Biden has been cautious on the issue and questioned the value of such a prosecution, but says he would not interfere with the Justice Department's judgment. 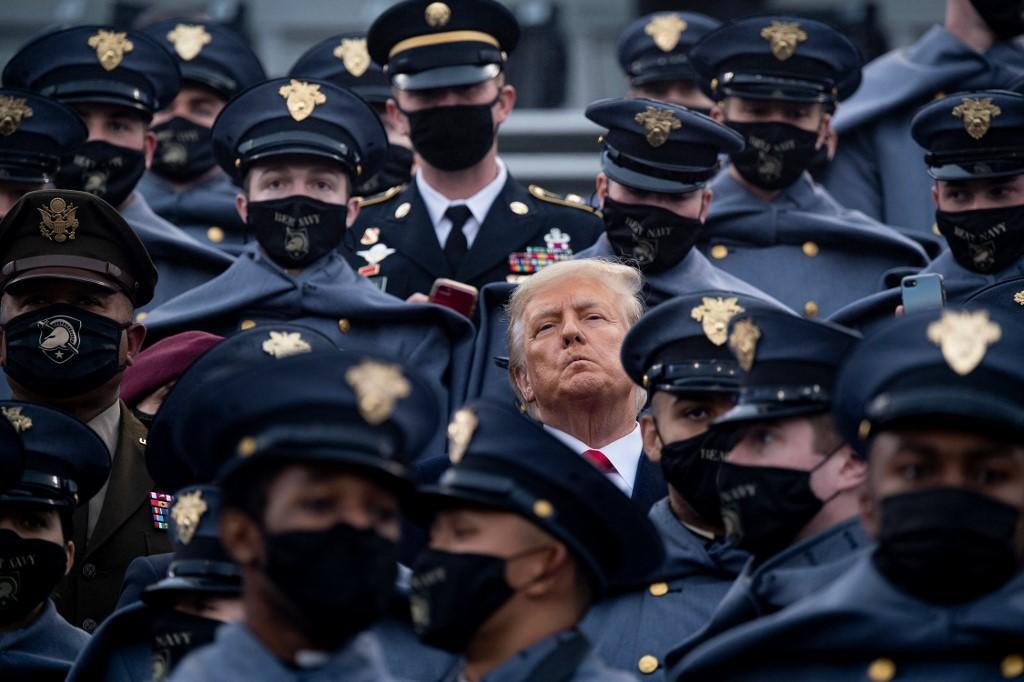