Bird Flu Spreads to a Quarter of Japan Prefectures

TOKYO, Dec. 16 (Reuters) - Japan’s worst bird flu outbreak on record spread to new farms this week and has been found in around a quarter of the country’s 47 prefectures, with officials ordering more cullings.

About 32,000 birds will be slaughtered and buried in Sukumo city in Kochi prefecture in southwestern Japan after avian influenza was discovered at an egg farm, the agriculture ministry said on Wednesday.

More infected birds were found on two farms in Kagawa prefecture, where the poultry epidemic emerged last month, with nearly 30,000 birds being slaughtered there, the ministry said.

The outbreak has hit 12 prefectures across Japan and a record 3 million birds have been culled to date.

While the ministry said it is not possible for people to catch avian influenza from eating the eggs or meat of infected chickens, health officials around the world are concerned about the virus strain making a “species jump” to humans and causing a pandemic like the novel coronavirus.

The outbreak in Japan and neighbouring South Korea is one of two separate highly pathogenic avian influenza epidemics hitting poultry around the world, according the United Nations Food and Agriculture Organization and Japanese officials.

Both the strain circulating in Asia and one spreading rapidly in Europe originated in wild birds, they said.

Japan has an egg-laying flock of about 185 million hens and a broiler population of 138 million, according to the ministry of agriculture.

Farms in Japan were earlier ordered to disinfect facilities and check hygiene regimes, as well as to ensure that nets to keep out wild birds are installed properly. 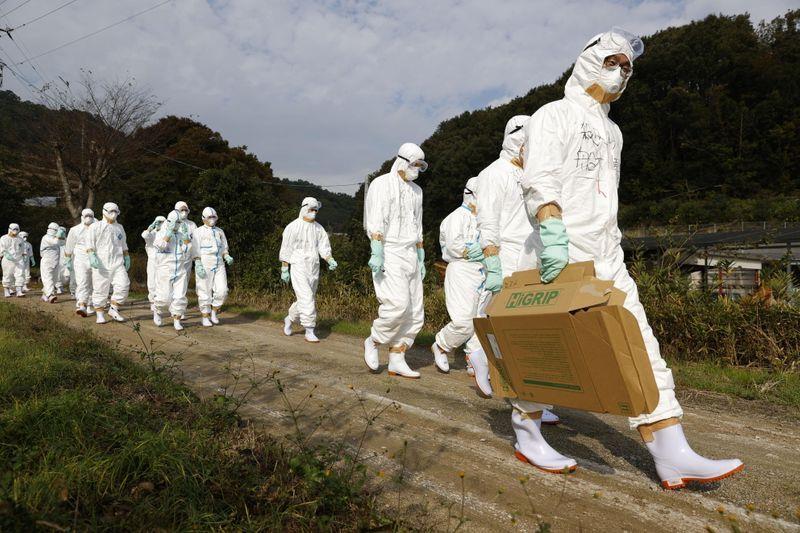