WASHINGTON, Dec. 17 (CNA) - The US Treasury on Wednesday (Dec 16) accused Switzerland and Vietnam of manipulating their currencies, partly to gain a trade advantage over American exports.

In the semi-annual foreign exchange report, Treasury found the two countries were intervening in currency markets to affect balance of payments, and in the case of Vietnam, also aiming at "gaining unfair competitive advantage in international trade."

US Treasury Secretary Steven Mnuchin called the decision "a strong step ... to safeguard economic growth and opportunity for American workers and businesses."

China remains on Treasury's "Monitoring List," along with Japan, Korea, Germany and others. Treasury added three countries to the list: India, Taiwan and Thailand.

President Donald Trump has repeatedly railed against countries that have trade surpluses with the United States, accusing many of them of using a weaker currency to sell their goods more cheaply at the expense of US producers.

He primarily targeted Beijing for criticism, but also Berlin, even though Germany uses the common euro currency.

Treasury removed China from the list of currency manipulators in January, just before Washington and Beijing signed a "phase one" trade agreement to partially resolve a destructive, months-long trade war.

But the report called on China to "improve transparency" of its exchange rate management, in particular intervention in currency markets.

The findings in the report are largely symbolic and do not entail sanctions. Instead it triggers "enhanced bilateral engagement" with each country to urge "development of a plan ... to address the underlying causes of currency undervaluation and external imbalances."

Treasury reviewed 20 major US trading partners with bilateral goods trade with the United States of at least US$40 billion annually.

The criteria are a large trade surplus with the United States, a significant current account surplus, and evidence of "persistent, one-sided intervention" in foreign exchange markets.

Switzerland and Vietnam were found to meet all three criteria, the report said.

The Swiss National Bank immediately rejected the charge it was manipulating its currency and said authorities were in contact with their US counterparts "to explain the economic situation and monetary policy of our country."

Treasury said officials consulted with the IMF in preparing the report, and cited IMF analysis of currency values throughout.

On Switzerland, the report noted that "IMF staff found the franc to be undervalued by about 3.5 per cent on a real effective basis."

The SNB stressed that its interventions on foreign exchange markets were in no way aimed at affecting the balance of payments, nor to gain unfair competitive advantage for the Swiss economy.

"Swiss monetary policy needs these interventions to guarantee appropriate monetary conditions and thus price stability in Switzerland," the bank said in an email to AFP.

The Swiss franc has long been considered a safe haven currency, meaning investors scurry to buy it in times of crisis, pushing up its value, causing the SNB to intervene.

The US Treasury also said "Switzerland maintains tariff and nontariff barriers that limit US firms' access to Swiss markets, particularly with respect to agriculture, but also for intellectual property."

"We strongly urge Switzerland to use its substantial fiscal space to reduce the economy's reliance on the SNB's policy measures, rebalance its external sector, and boost potential growth."

Treasury said the most recent IMF assessment indicated the Vietnamese dong was 8.4 per cent undervalued on a real effective basis in 2018, and has been virtually flat against the US dollar since then.

The report called on Vietnam to "reduce its currency intervention and allow for movement in the exchange rate."

In addition, the country "should level the playing field for American workers and firms by diligently dismantling the barriers to US companies and US exports." 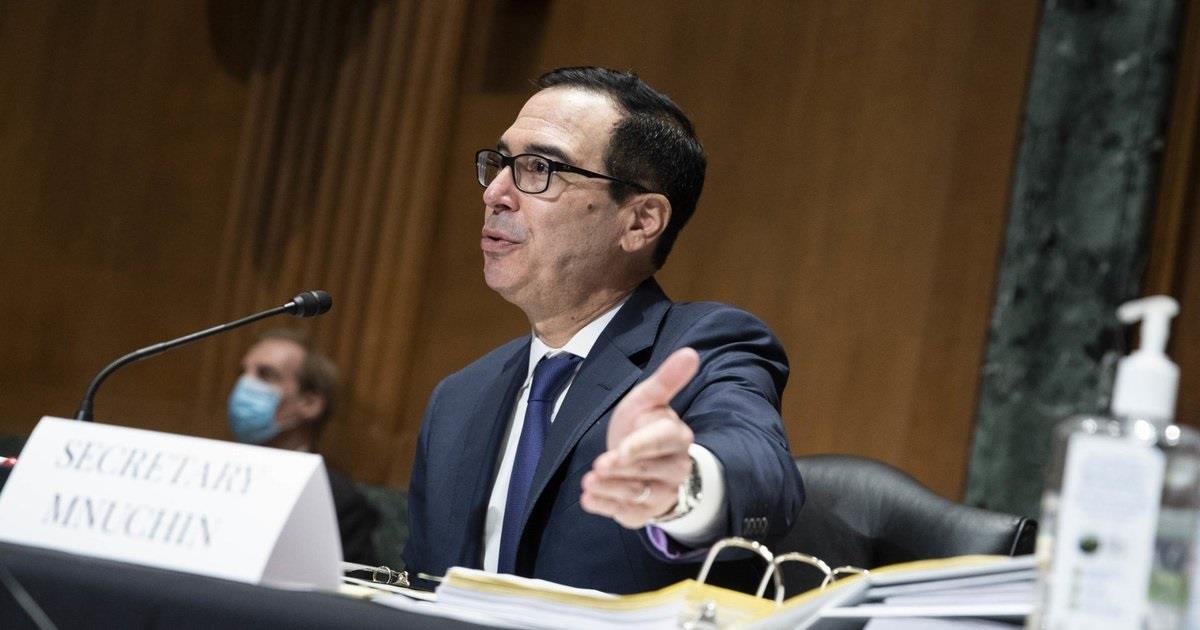