WASHINGTON, Dec. 19 (AFP) - President Donald Trump on Saturday downplayed a massive cyberattack on US government agencies, declaring it "under control" and undercutting the assessment by his own administration that Russia was to blame.

"I have been fully briefed and everything is well under control," Trump tweeted in his first public comments on the hack, adding that "Russia Russia Russia is the priority chant when anything happens" and suggesting without offering evidence that China "may" also be involved.

Trump's response was in sharp contradiction to comments a day earlier from Secretary of State Mike Pompeo about both the source and the severity of the attack. Pompeo had said the breach -- which cyber experts say could have far-reaching impact and take months to unravel -- was "pretty clearly" Russia's work.

"There was a significant effort to use a piece of third-party software to essentially embed code inside of US government systems," Pompeo told interviewer Mark Levin, alluding to widely used security software from Texas firm SolarWinds.

"This was a very significant effort," Pompeo added, "and I think it's the case that now we can say pretty clearly that it was the Russians that engaged in this activity."

CNN said White House officials had made plans Friday to release a statement directly blaming Russia, before it was abruptly pulled back for unclear reasons. 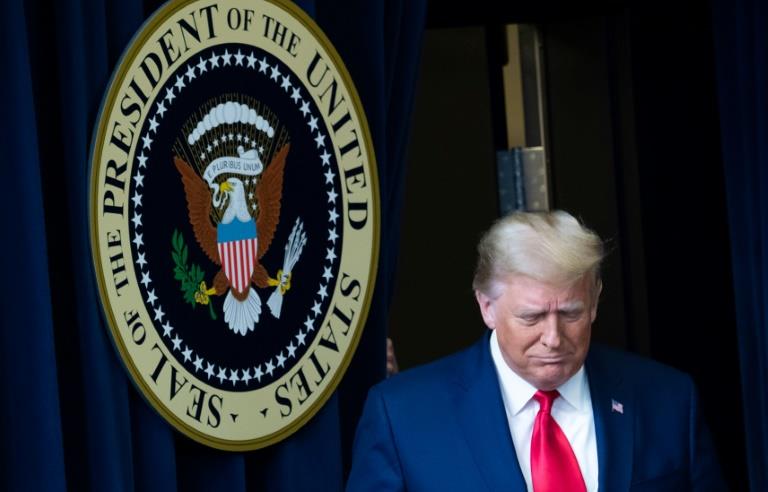